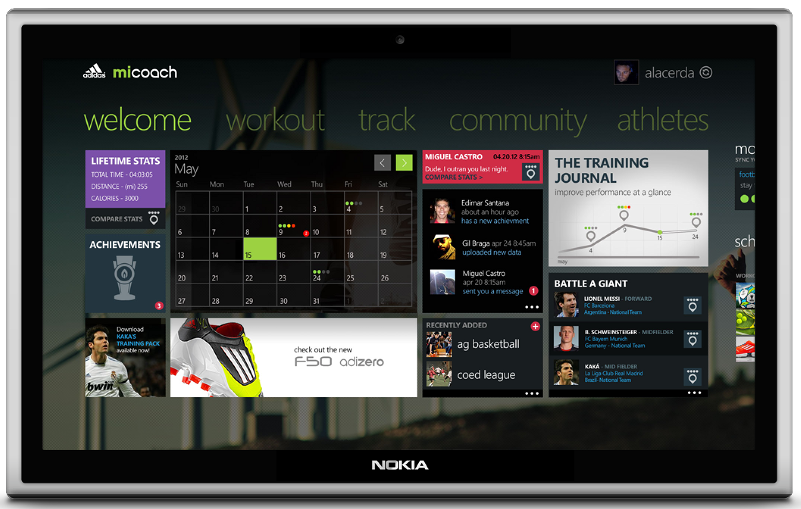 The source link has been taken down, giving more credence to the fact that, it is real deal!! Nokia Tab is coming and it will see many exclusive apps just like Lumias.

This is coming from the house of @evleaks, so may be we are having first look at either upcoming Nokia Tablet or Nokia Tablet stand-in. Also the source indicates that they have helped Nokia in designing the “Adidas micoach app” for the Nokia Tab. And as with many exclusive apps for Lumia smartphones, this may come as exclusive application for Nokia Tablet.

Helped design and concept the Adidas micoach app proposal for the Nokia Tablet. The Tablet App intended to be an extension of coaches allowing them to build teams and monitor individual trainings for each athlete. The way that works is to connect the app to existing technology on Adidas products to read the workout data registered by cell chip implants. The app also tapped into the community allowing users to challenge each other by sending notifications to friends and their social feeds.