It indeed looks like that RX-114 may be WinRT 8.1 Tablet running Snapdragon 800 (which Qualcomm announced will support WinRT 8.1 Tablets with higher resolutions) and one prototype was even spotted at the time of BUILD conference . 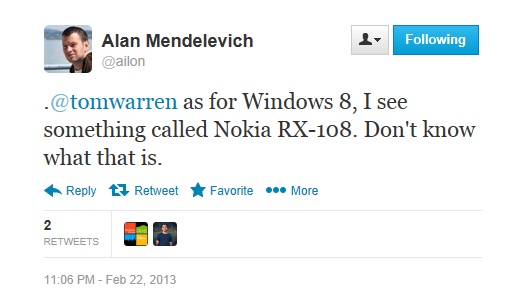 We have seen one more tablet appearing in testing as RX-108 and this is another RX-114. it was said to run Windows 8. Now, what can be concluded is that RX-108 may be the Win8 Tablet and may hit market first followed by RX-114.

Many are reporting this Tab as WinRT Tab with 1366×768 resolution quoting our report, which is incorrect. This Tab is Win8  Tab with 1920×1080 resolution. Also, not only our sources but others also reveal that Nokia cancelled RT Tablet plans long time back and is now working on Win8 tablets only. Actually the scren size shown in the RX-114 is 1371×771 which is 140% crop of 1920×1080 resolution as shown in this document and below screenshot.

Also, only Surface pro has similar resolution listed at GFXBench itself,