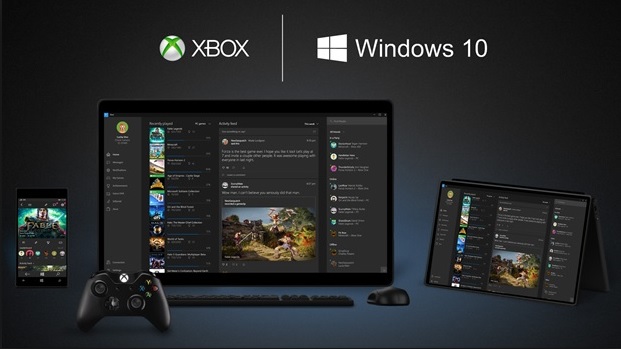 The Xbox Beta app program gives fans an opportunity to provide early input on features and enhancements coming to the Xbox app on Windows 10, helping us shape the product based on fan feedback.

Avatar Store: Equip your avatar with the latest avatar items in the newly-integrated ‘Avatar Store’. On the console, the Store is built right into the Xbox Avatars app and on Windows 10 PCs and phones, you can access the Store through the Xbox Avatars app. Get access to the entire catalog of new and oldie-but-goodie items, including free items. As you’re perusing catalogs, enjoy the ability to preview the items on your avatar real-time before you buy.

Xbox News: Xbox News is a one-stop source for all the latest information about new hardware, console updates, game releases, tournaments like the Halo World Championship, breaking entertainment content, and more. This month, both Xbox Beta app and Xbox One Preview audiences will see Xbox News posts in their activity feed to make it easier to stay up to date on all things Xbox.

Improvements to Trending: Across Xbox One Preview and Xbox Beta app experiences this month for console and Windows 10 PCs and phones, you’ll notice a new access point for Trending items to the right of the Community tab on your console and in the left menu area of the Xbox Beta app. This gets you to a dedicated Trending landing page with the most popular topics across Xbox Live surfaced at the top followed by an inspirational assortment of top videos, screenshots, achievements, and more that members across the community have created or unlocked. Consider friending or following publishers of content that you like.

Suggested friends: In both the Xbox One Preview and Xbox Beta app, we’re making it easier to get details on your suggested friends. Starting this month, if you click ‘see all’ or double tap on the shortlist of friend suggestions in any scenario, you will be pointed to a full-screen view of all suggested friends.

Activity Feed: Across both Xbox One Preview and the Xbox Beta app, January brings the injection of Trending topics and friend suggestions into your activity feed.

Compact mode for Xbox Beta App: With this update to the Xbox Beta app, we’ve moved additional functions to compact mode which will enable you to quickly switch between your friends’ view, your party, messages and activity alerts. A quick click allows you to keep an eye on what your friends are up to, while multi-tasking on your Windows 10 PC.