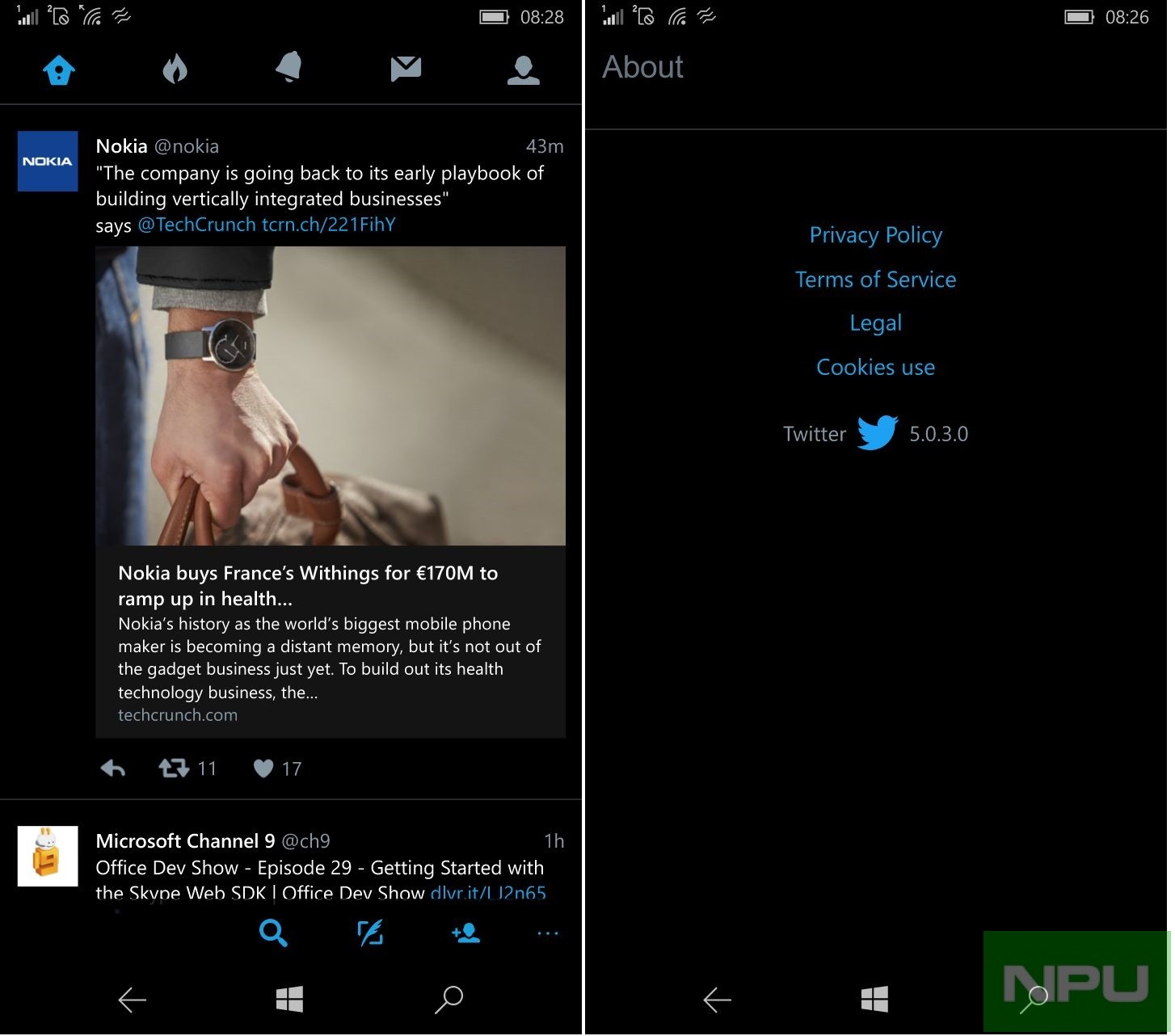 The universal Twitter app for Windows 10 has received an update on all supported devices. The update takes the app version to 5.0.3.0. Current update is the third update that has arrived for the revamped Twitter UWP app after the last major update.

The update doesn’t seem to bring anything noticeably new but may pack some minor fixes and stability and other improvements. Do let us know in comments if you find anything new and noteworthy in this update. Here is the changelog for last major update.

Twitter for Windows 10 is now on Mobile! Here are some of the best new features for Windows 10 Mobile – Find the best of Twitter in an instant with Moments. Follow top stories through immersive pics, clips and conversations. Get insights and perspectives you won’t find anywhere else. – Group Direct Messages: Have a private conversation with a group of your favorite people. – Quote Tweet makes it easier to add your own comments to other people’s Tweets. – Now you can shoot, edit and share video on Twitter. Capture life from your perspective, and share it with a global audience — instantly. – Conversations have a new look! They’re easier to find and fun to join. A blue line in your home timeline indicates a conversation between people you follow