Skip to content
You are here
Home > Latest Posts > News > This is how “Toast notifications” & Action centre interact in Windows Phone 8.1 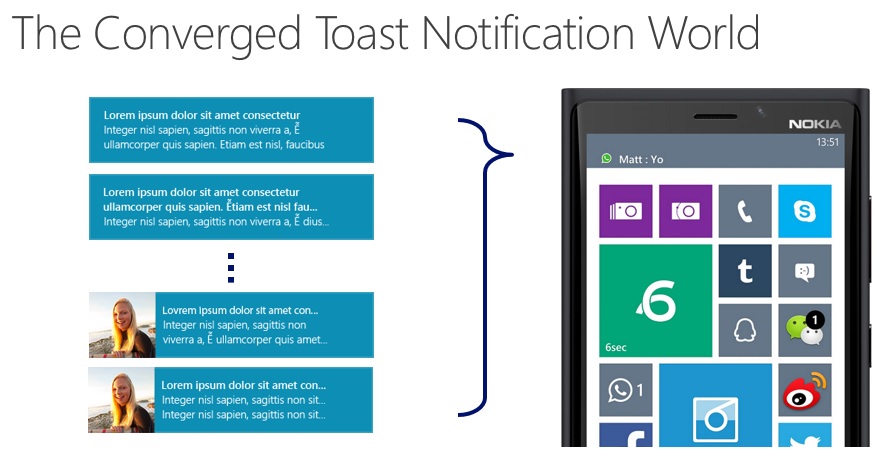 I have come across this question by many of our readers on Twitter and other places and many of you are eager to know about how the toast notifications work in Windows Phone 8.1. Some fear it won’t work, some say for everything one will have to open action center. So, here are some details from Windows Phone 8.1 page for developers, which reveals the whole idea. So, by default Toast notifications will pop-up for user to tap, but in case user doesn’t acknowledge, after few seconds it disappears and then can be accessed in “Action center”. If user already taps the pop-up, it won’t appear in Action center.

Devs can however use a “supressPopup” method to directly send apps toasts to notification center without displaying a pop-up to user. So, when user opens the action centre, he will see both “missed” as well as “directly sent to action center” toasts.

Also, 20 is the number of toasts, one app can sow up in Action center. So, if there are already 20 toast in action center, the next incoming toast will make the oldest notification to disappear making the total number 20 again.