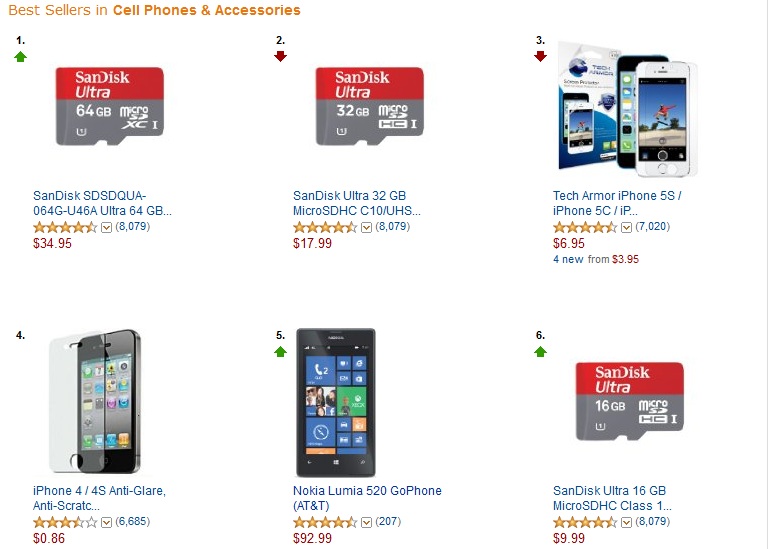 Lumia 520 and 521 have been on top of the Amazon’s no-contract cell phones list since the time these were released and we have seen Lumia volume swelling in US in Q3, 2013.

But this Thanksgiving one can see huge volume uptake for both these devices at Amazon. As can be seen in above screenshot both Lumia 520 and 521 rank in top 10 of Amazon’s best sellers in Cell Phones & Accessories” list. Even making to top 100 of this list is huge in itself and ranking in top 10 may mean thousands of unit sales per hour. We have never seen Lumia 520 /  521 rising so high in rankings at Amazon before.

No doubt there is this holiday factor as well, but don’t forget there are many competitor devices in same price range and many other stores are selling Lumia 520 and 521 for less price than Amazon. For your info at Amazon Lumia 520 is price from $59.99 and Lumia 521 from 79.99. Click here for more Lumia deals.