Skip to content
You are here
Home > Latest Posts > Techrepublic’s tear down of Lumia 900 and ignorant conclusion. Labels already known hardware spes of Lumia 900 some sort of discovery !! 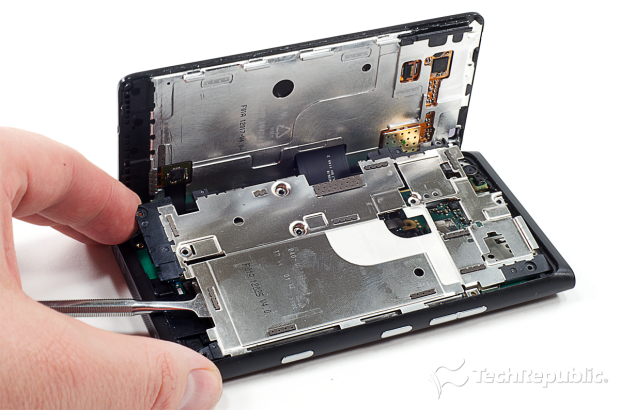 Well first you tear down Lumia 900. So painful to see it dissected and on top of that ,you repeat what every one knows.

The Lumia has a 1.4GHz, single-core Qualcomm processor and 512MB of RAM. The Galaxy Nexus has a 1.2GHz, dual-core Texas Instruments processor with 1GB of RAM. And, the iPhone 4S has a dual-core Apple A5 processor (which appears to be clocked at about 800MHz) and like the Lumia, it has 512MB of RAM. Unfortunately, these numbers don’t really give us a clear winner in the raw performance category. At face value, the Galaxy Nexus seems to come out on top, but a handset’s performance is also determined by its operating system, the efficiency of the software you’re running, and a host of other factors. I can tell you that in the very limited testing I did, the Lumia was responsive and didn’t suffer any noticeable lag.

Now I frankly don’t understand, what point is this fellow Bill Detwiler trying to make by reiterating, what is the software limitation of Windows phone OS. Yet, he himself acknowledges that Lumia 900 didn’t suffer any lag.

Some more from the reviewer,

The Lumia 900 may lack of a dual-core processor and have a lower resolution screen and less storage capacity than the Galaxy Nexus and iPhone 4S, but it’s definitely the best Windows Phone 7 device I’ve tested. And even with its less-than-cutting edge hardware, I found the Lumia’s overall performance on par with the other two phones.

So why didn’t Nokia pack the phone with the newest processor, best display, and more storage? I think it all comes down to price. At $99 (with a two year contract) the Lumia is definitely the most affordable high-end smartphone on the market. Had Nokia pushed the envelope on hardware, they would have needed to raise the price.

Now somebody needs to tell him that Nokia equipped Lumia 900 with best processor, best display  as per the limitations of operating system software. And secondly display is CBD AMOLED which has been appreciated by every reviewer. Talking about processor when he himself admits that there is no lag and that Lumia’s overall performance is on par with Galaxy Nexus and iPhone 4S, then what is the need of packing extra cores o or just marketing sake.

It is more stupid a conclusion to make that the low price is due to this hardware when even costlier windows phone will have the same specs.

Also somebody need to send him the link of shootout between Lumia 900 and Galaxy Nexus and how Lumia 900 scores over Galaxy Nexus in so many aspects.