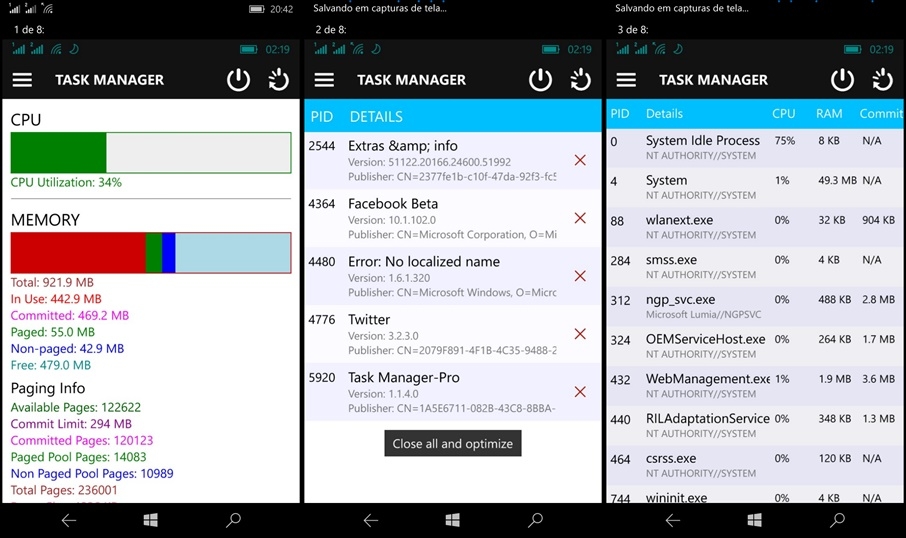 Bring the powerful Task Manager from your PC to your Windows 10 Mobile. Along with that bring your apps, device and network managers too.
• CPU/MEMORY/GPU usage.
• I/O and NETWORK traffic.
• List of Running Apps.
•you can close them.
• List of Installed Apps.
• you can open/uninstall them.
• Device Manager (Hierarchical).
• Process Manager.

With this new update, developer has also added support for 40+ new languages. This is possible due to Microsoft Translator service. Below is full change log.

You can enjoy the power of task manager and other tools on your Windows 10 Mobile by downloading this app from below link.