Skip to content
You are here
Home > Latest Posts > Opinions > Symbian belle vs Android: A comparison 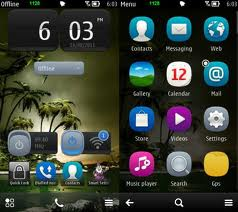 In this article, I have tried to put a comparison between two of the world’s most used smartphone OSes. Symbian belle is going to be on all Symbian Anna phones come feb.Hence we certainly need to take this bit sensitive/controversial comparison, as it will be helpful for many in deciding where to invest their hard-earned money.

First let me tell you how much Belle impressed the fellas at GSMarena and Zdnet.

Given below is the link from GSMarena’s review of Belle.They concluded that,

“Symbian Belle brings the Symbian closer to Android and iOS than it’s ever been. Like we said, there’re some less than perfect areas, but overall it would do great in day-to-day usage. The user experience isn’t Symbian’s biggest problem though”

“If Nokia had launched this new Symbian Belle one year ago, the company would have remained the worldwide smartphone market leader”

Now based on my own experience  and the reviews and experiences shared by different websites and users with both the OSes, I will first put forth some areas where Symbian belle is better than Android, and vice-versa.

Symbian belle makes phones running on single core processor clocked at 680 Mhz very smooth.For example N8.This is very surprising in the times when we need dual core and processors clocked at 1.2 GHz for Androids to run them smooth.viz SGS2.That is sufficient to show how efficient Symbian is as an OS.Please follow the link below to see N8 with belle in action.It is also worth noting that low speced Android phones are not that smooth in operations,and Symbian belle phones in the same price range can beat them easily.

This is where Symbian belle beats Android hands down.As Android needs more processing power to run the OS smoothly.It takes big toll on battery level of the device.We have heard a lot about how android users need to carry chargers with them,and charge it twice sometimes thrice in a day.

This is one area where even, Android’s latest ICS( Ice cream sandwitch) can’t hold a lamp to Symbian Belle.Symbian always had true multitasking,with Belle it goes one step ahead and becomes live multitasking with live app tiles!!Android still only supports only a fixed number of apps while multitasking,and freezes others.

Now some areas where Android is still better than Symbian belle,

Though it is not related to OS directly but apps eco system and quality wise Android is better than Symbian.The number of app at Android market are nearly 300000.Symbian also has impressive numbers of around 110000.A comparison by “allaboutsymbain” shows that all the top paid and free apps are also avalable in  “Nokia store”.But if you compare the quality then as the apps of Android get more frequent uodates than Symbian,quality wise some of Android apps are better than Symbian.Hit the link below for checking out the comparison by “allaboutsymbian”.

Let us know in comments what you think about this comparison.