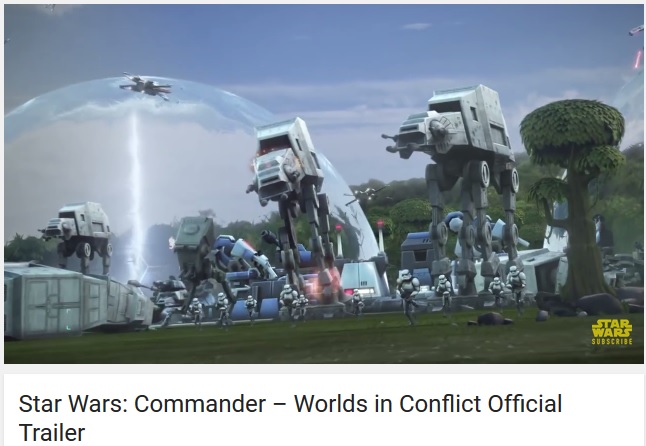 A new update is rolling out to Star Wars: Commander and this update brings the much-awaited new episode “Worlds in conflict” to Windows Phone and Windows 10 devices. The changelog is not provided yet but this is what is listed with official trailer in terms of changes.

Star Wars: Commander strikes back with Worlds in Conflict, an exciting update featuring new additions to the hit game! In this special trailer, get a first look at new worlds included in Worlds in Conflict: Dandoran, Er’Kit, Yavin 4, and Hoth.

But there are even more special modifications:

– Base Relocation: Build and upgrade a Planetary Command building to scout out new worlds and move your base across the galaxy
– Galaxy Map: Explore the galaxy, gather intel on your allies or rivals, and see the status of worlds in conflict
– World Conflicts: Fight for your faction in ongoing tournament-style conflicts on each world and earn Loot Bonuses that pay out when you battle rivals