Skip to content
You are here
Home > Latest Posts > Sources: Not only Nokia EOS but Nokia Tablet too in trials at AT&T and in other markets. A July unveil for EOS and Tablet on cards!! 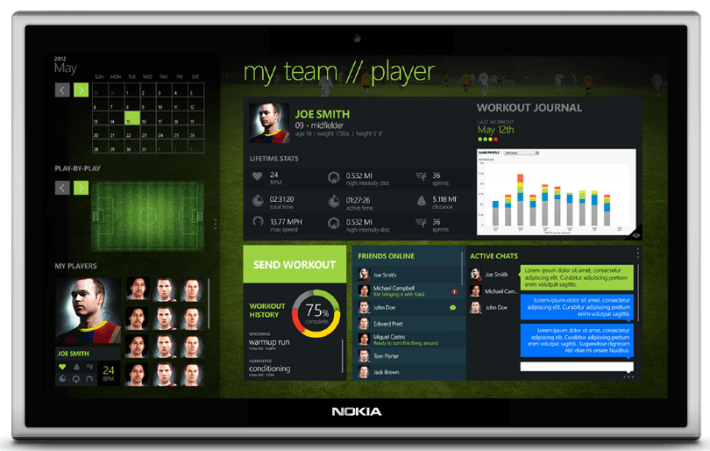 While it has been hinted by many sources that Nokia EOS can see an unveil come July for both AT&T and global customers and we even reported spotting of the device by one of our reader, who says that it is going to be thinner than Lumia 920 with a rounded hump which jells well in the polycarbonate body of the device. We have already reported that EOS aka Lumia 950 may be the first device to have rich-recording or stereo recording with HAAC mics.

Now, some of our sources confirm that device is already under trials at AT&T and in other markets. Not only this they confirm that it will have that 41 MP sensor albeit improved than one on 808 PureView.

More surprisingly, sources mention that even Nokia Tablet is in simultaneous trials at AT&T and in other markets. They also confirm that the previous sighting of the Tablet with exclusive “Adidas” app was real deal and that the Tablet will be either unveiled along with Nokia EOS or may be separately, but July may prove to be the big announcement month.

May be Nokia have heard what we once opined,

Read more about our coverage of Nokia EOS which will come as RM-877 to AT&T and RM-875 to rest of the world by clicking here.