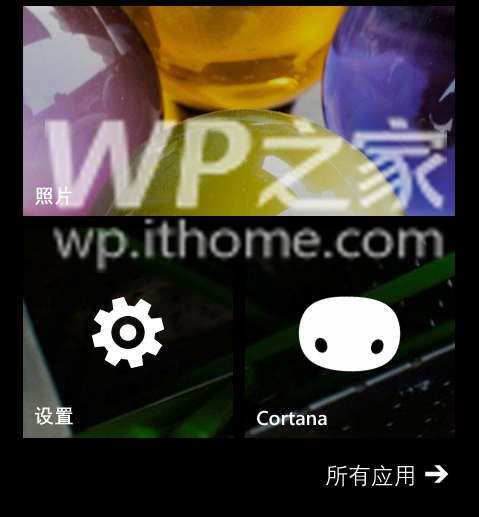 We brought you the exclusive report that Microsoft is skipping GDR2 in favor of Windows 10 for Phones and while preview users will directly go to Windows 10 for Phones, the normal users may see only watered down version of Windows Phone 8.1 GDR2. Now ITHome.com China has got hold of some leaked screenshots of GDR2 and their sources also confirm that Microsoft may not push GDR2 anymore (at least to preview users).

GDR2 was supposed to be out in October but it was later scraped it seems and some of its tipped changes like “Mobile Data Toggle” and Cortana for more arrived with GDR1 version 8.10.14219.314. From the leaked screenshots it looks like Windows Phone 8.1 GDR2 was / is indeed the transitory update from Windows Phone 8.1 to Windows 10 for Phones. Let us have a look at the changes captured in screenshots

The arrow at the bottom of tiles is without circle and all applications is written before it.

Settings were redesigned (as we had reported)

App permissions can be individually managed

You can change the name of the phone on the phone itself.