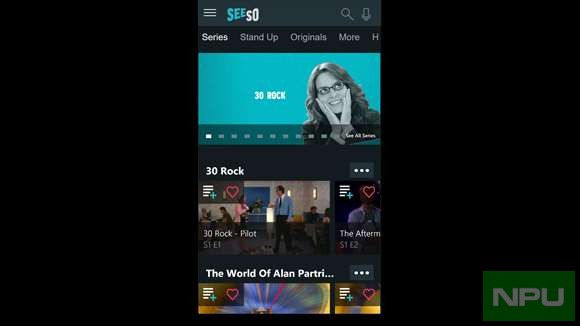 SeesoTV app is now available to download from Windows Store. This app is universal means it is available for both Windows 10 and Windows 10 mobile . This app lets comedy fans stream hand-picked, ad-free, & on-demand comedy from the comfort of your favorite device. Stream an extensive collection of never-before-seen Originals, quotable classics, next-day NBC late night, stand-up specials, bingeable library shows, & so much more – all for just $3.99 a month, no joke. Created by comedy fans for comedy fans.

• Binge-worthy classics (30 Rock, Parks and Recreation, Saved by the Bell)

• Brilliant British comedies including (The IT Crowd, The Mighty Boosh, Fawlty Towers, The Office U.K.)

Seeso members have access to hours of premium HD comedy, with new content added every week. Don’t believe us? Try it now – free. Join Seeso now for a free 1-month trial and get a taste of our vast comedy collection.