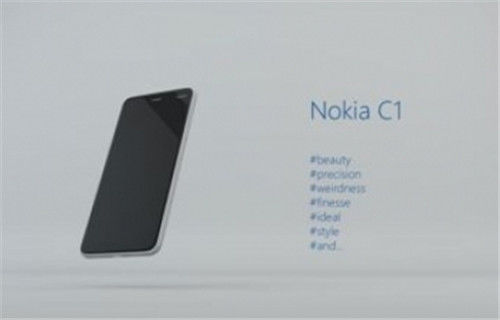 A rumor is doing rounds and has been posted by various tech sites. Above image has been posted and is claimed to reveal the next Android device from new Nokia after Nokia N1. The image reveals the name of the device to be “Nokia C1” and while the image, the device shown in the image and even the name Nokia C1 don’t sound not outrageous, the claim by the source that this device will come before 2016 certainly is.

Just to refresh memories, official slides and webcast from Nokia capital world has made it clear that Nokia can’t even license its brand on smartphones before Q4, 2016. Yes, forget about manufacturing, they can’t license the brand even. Read more here.

Nokia made it very clear while announcing Nokia N1 that it will bring tablets in more sizes and with more features in near-future. Nokia had also revealed that it plans to bring Android powered Nokia-branded smartphones too. but can’t do it before Q4 2016. Read more here.

So, while we don’t believe in claims of seeing Nokia C1 or for that reason any other Nokia-Android smartphone out in market before Q4 2016, it does look like an interesting mid-ranger with elegant design.

And, yes it is fake! In fact it is a concept Nokia phone created by a fan. Below is a better quality image.

Thanks ‏@DBaptistaSilva  for the tip. Cheers!!