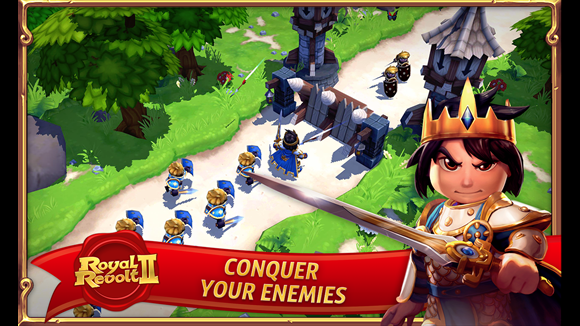 The award-winning strategy game Royal Revolt 2 receives a new update in Microsoft. The update is a major one and brings many new levels and more other features.  Royal Revolt 2 is a sizzling-hot 3D action and strategy game where you defend your castle and build a deadly maze for your enemies. Explore and conquer the kingdoms of your friends and foes in this brilliant sequel.

If you are a fan of strategic games, go through the below link and grab the updated version.

Thanks Gayathri for the tip.