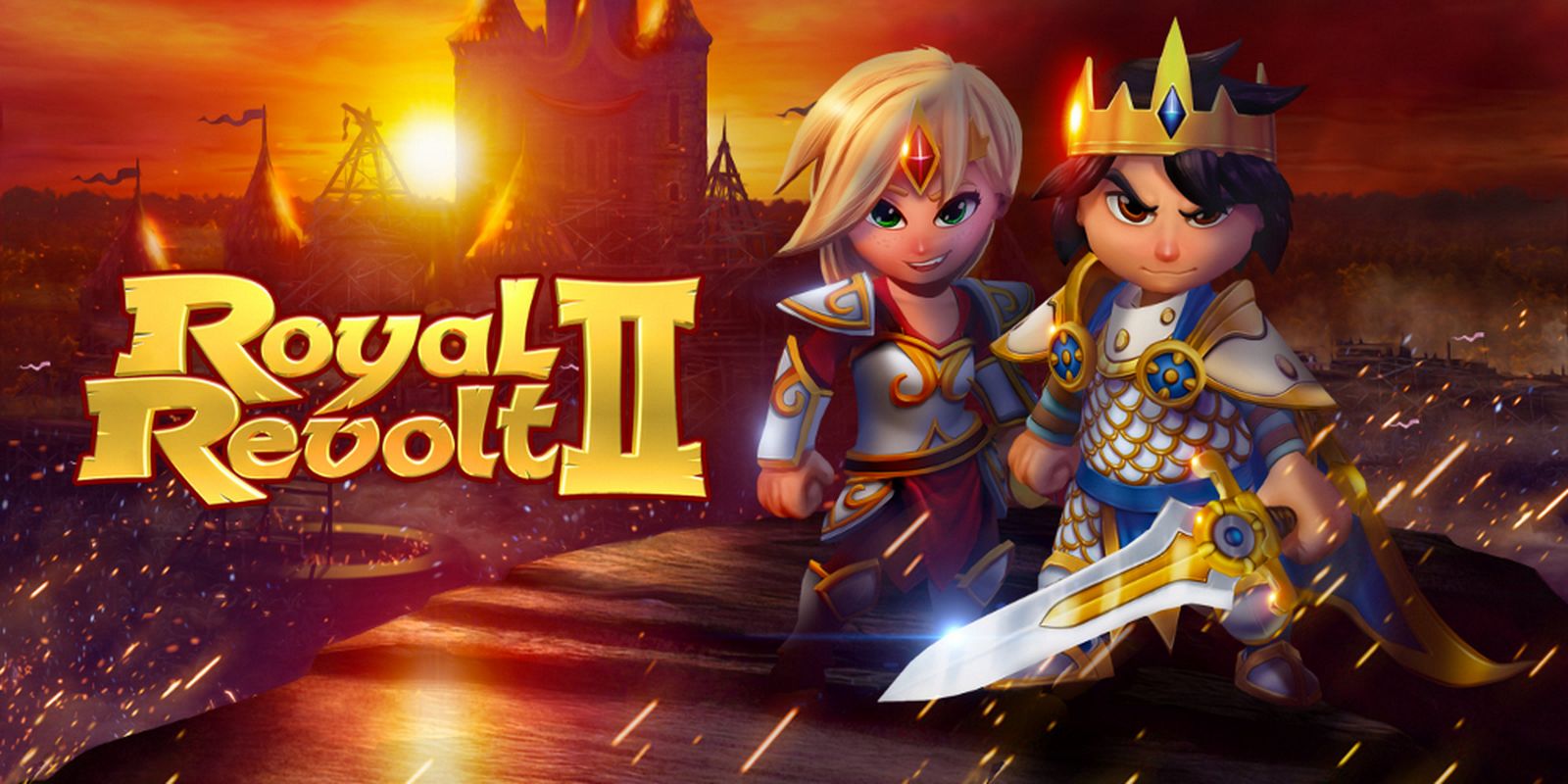 flaregames GmbH’s company action and adventure game Royal Revolt 2 today snagged a pretty major update in Windows Phone store. This update has been pushed by company in order to complete and celebrate 2nd anniversary of game with new features. You can also win a special chest on anniversary day i.e on 27th Feb.
Royal Revolt 2 is a multiplayer game,in which you have to build your kingdom and to build defence to kill enemies. This is a award winning game and gives a great gaming graphics.
This update for game is biggest one and bringing some new features and some new improvements in gameplay. Take a look at full change log below.

What’s new in latest update
Join with us in the celebrations on February 27 and receive a special treasure chest!
• Elevates your throne to a whole new level!
• MORE! … New alliance, castle and defensive structure, hero units and spell levels!
• Heal your troops thanks to the Monaco pilgrim powers, a new support units.
• Electrifies your enemies with the new power tower!
• It evokes clones of units in battle with the abominable spell of black magic.
• Accelerate your food production, gold and pearls!
• Delve deeper into the basement with 10 new levels.
• Wins a total of 120 feuds with your alliance and win new elite turbo.
• The Blacksmith pearls allow time to strengthen your defenses, units and spells.
• Spice up your alliance and your hero with the new colors of coats of arms and objects.
• More pearls for each gem spending.
• Greater chance of finding pearls in magical caskets.
• Get more pearls in the Room of luck after unlocking Fabbro.
• The Blacksmith slot generate more pearls, once purchased one or more slots.
• Increase in gold turbo alliance alliances with> 300,000 trophies.
• Before deleting the characteristics, should parse the types and likelihood of success.

As you can see, the game company is pretty excited about 2nd anniversary celebration and they should. And also game has crossed millions of downloads. It is interesting to tell you that the game is available universally so you can play this game on your Windows PC too along with your Windows Phone (also on Windows Phone 7). This update is now available on store, hit following link to download this game and win special treasure chest on 27th Feb. Nokiapoweruser team congratulates flaregames GmbH for their game 2nd anniversary and for their success.