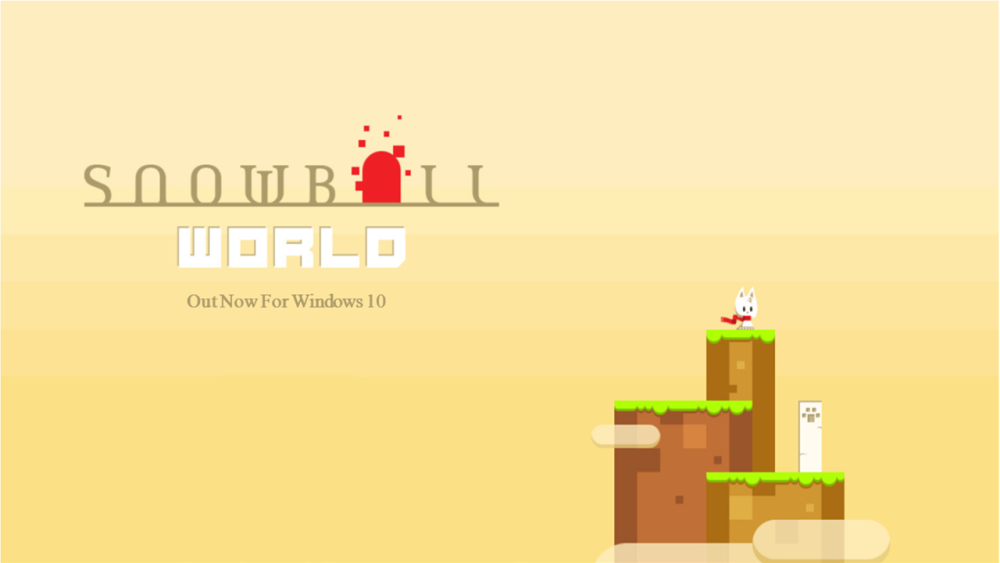 Freeman Technologies & RoTeam games have released a new game for Windows 10, named as Snowball World. In this game you have to take care of snowballs & play with them. Snowball will have to go through 20 levesl which will be getting harder by each levels. While in you way yo can always collect some other items & bonus also.

he Story Of Snowball World In a difficult and distant world, the brave cat Snowball will start your adventure! Snowball will have to go through 20 levels, each more difficult than the other. And on the way, you have to catch all the birds and rats of their world. Find the key and go through the door that leads to a new level! Snowball World is an amazing platformer game with 20 levels, great artistic graphics and vibrant colours, effects and animations that make the game magnificent and special for everyone to enjoy playing! It’s a game that tells a narrative of the story of Snowball visually as you explore throughout the levels.

We know that you always hunger for what’s new in any update. But as this is new release app so there wont’ be any changelog. SO download & enjoy the new game from Freeman technologies