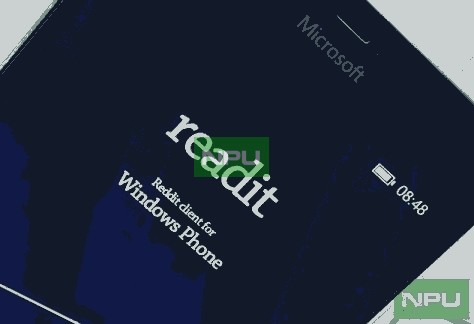 Readit, a one of the popular and fully featured third party Universal Reddit client app today picked up a major update in Windows store. One of the most important change which is gets added in this update is the RES option. Now you can also import your RES settings to your app. The update also packs with some important bug fixes. Check out official and full change log below.

What’s new in latest update
***General Additions***
• Subreddit/post tagging
• Tag subreddits like in RES
• Adds a tag to a post if it doesn’t contain the specified text (only on front page/all and multireddits)
• The tag text is inserted at the beginning of the title just like RES
• User tagging
• Tag users/ignore users like in RES
• Use the ellipsis menu for posts on desktop or right click a post in the post list
• Use the app bar for mobile or press + hold on a post in the post list
• Use the more menu for comments to tag users from a comment
• Add a tag via the advanced settings page
• Adds a tag to the user right next to the username of posts/comments so that you can tag/ignore trolls, friends, known users, etc.
• Keeps track of total vote count – how many up/downvotes you have applied to that user since tagging them
• Keeps count for any user you have voted on ever
• How the tagging “ignore” feature works
• Self text for comments, messages and posts are replaced with a message stating that the user is ignored
• If you really want to see the self text of it, the ignored message contains a link that you can click to load the original content
• Advanced Settings page added to the settings menu
• Manage user tags and subreddit tags
• RES Settings Import
• Import settings directly from a backup of your RES settings – imports user/subreddit tags and associated data such as vote tracking numbers for users
• Cloud Sync has been enabled
• Syncs data using the roaming storage of your MS account (< 100 kb of data)
! Will sync between all devices (desktop/tablet/mobile) as long as you are logged into the same MS account
• Only syncs when an account is added/removed or on app launch
• To force a sync, lock your device that is syncing the data to the cloud and wait 3-5 minutes. MS controls this. After the wait period, check your other device and it should have the data.
• A synctothe cloud occurs if the local file timestamp is newer than the server version
• A syncfromthe cloud only occurs if the server file timestamp is newer than the local version
• Will sync the following:
/r/allfilter
Read posts(gold not required)
User accounts (no passwords stored ever, not even in local storage)
Only syncs users down to device if there aren’t any logged in
Subreddit tags
User tags
New comment count since last visit of posts
Settings are not synced due to device differences

The latest update is now available in store. For those who are wondering for app version, then it is 5.1.1.0. Hit following link to grab the app from store.
[appbox windowsstore 9nblggh189c8]