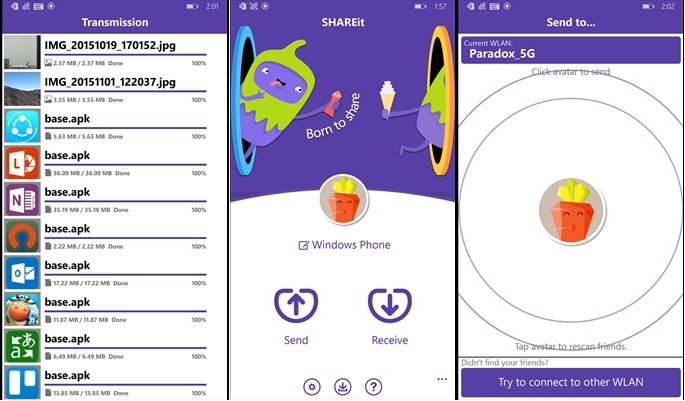 @Nokiapoweruser From now, all the update of SHAREit for WP will be released by official SHAREit corp. Thanks.

Sometime back SHAREit Corp had confirmed that they are working on a Windows Phone versions of their app, that is very popular on other platforms. Now it seems the official app is available in Windows 10 store. Check the details below and click on the install link to get it on your devices.

SHAREit, A fantastic application that can complete transferring files between devices in seconds! Cellular data free! Genuine multi-platform! PS：When transmission via Wi-Fi, transmission speed will be affected by the equipment and the surrounding. -Fantastic

· Photos, music and video easily to share with friends at any time, having fun with friend.

. Transferring files between phone and computer at any time, trandferring is no longer limited. -Cellular data free · Equipments could transfer files as long as they are on the same LAN at any time.

Thanks Rajesh for the tip. Cheers!!