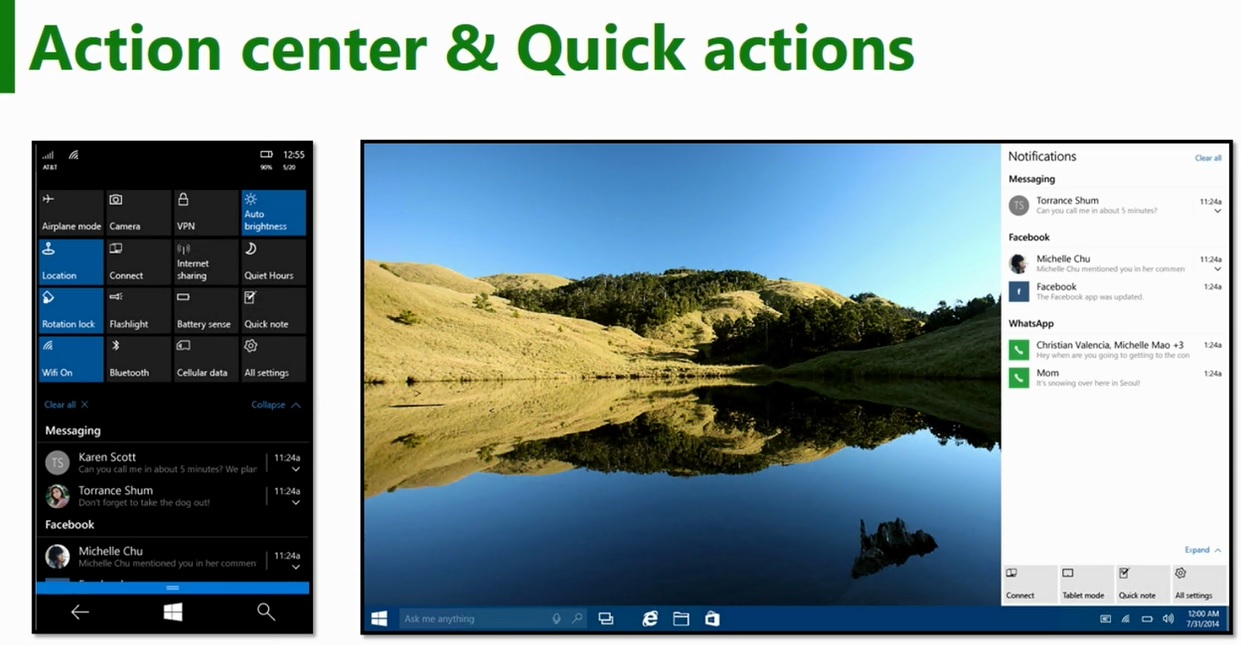 Microsoft will soon make developer and users life very easy and connected by allowing notifications sync from even an Android device to your Windows 10 PC or Mobile device. It is obviously possible between a Windows 10 PC and Mobile device too. This feature is being refereed as “Notification mirroring” and Microsoft revealed this feature in a Build 2016 session yesterday.

Notifications are one of the primary ways you interact with your customers on Windows Platforms. In the next release of Windows 10, Action Center and toast notifications are evolving to help you get the content you care about no matter where you are and to make you more productive than ever with Action Center in the Cloud. Developers will be able to use notification mirroring and forwarding to drive app engagement on Windows even from their apps on other platforms. We have built upon the strength of the converged platform to deliver new enterprise management capabilities while continuing to drastically increase notification reliability. Windows notifications payloads are becoming more flexible and we have a reimagined notification UI we can’t wait to share with you. This session will cover both the new notification experiences for end users and the developer scenarios you can build using the notification platform making the next release of Windows 10 the most engaging notification platform for your app.