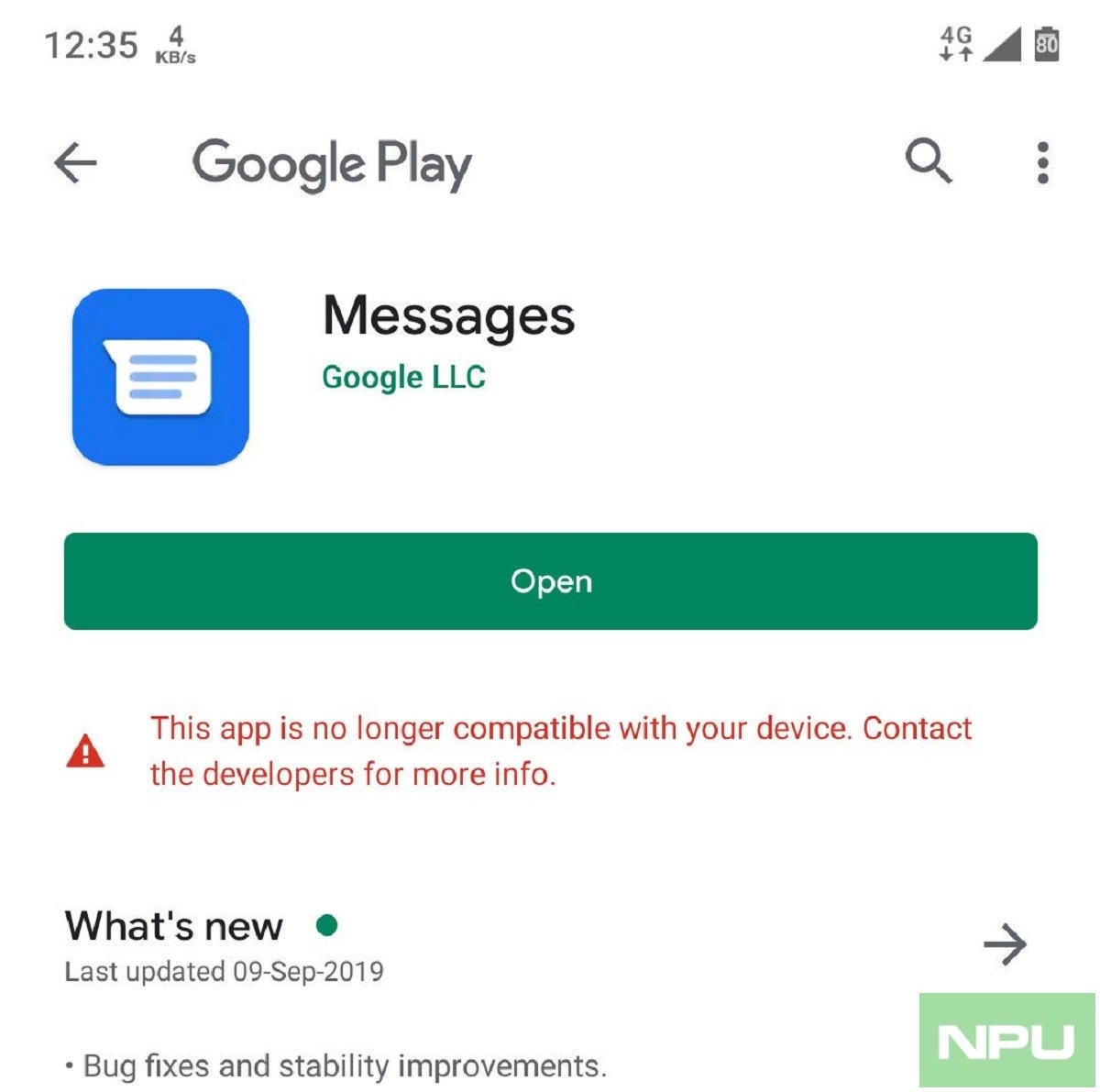 Many Nokia smartphone users have reported about the native Android messages app marked as “incompatible with their devices” on the Play Store. This issue that may have happened because of some bug in the Messages app seems to have impacted the majority of Nokia smartphones.

Check the replies posted to our tweet by many Nokia smartphone owners who are facing this issue.

Anyone else facing this issue? https://t.co/rKiPlsTavc

Do let us know in the comments if you are facing this issue.