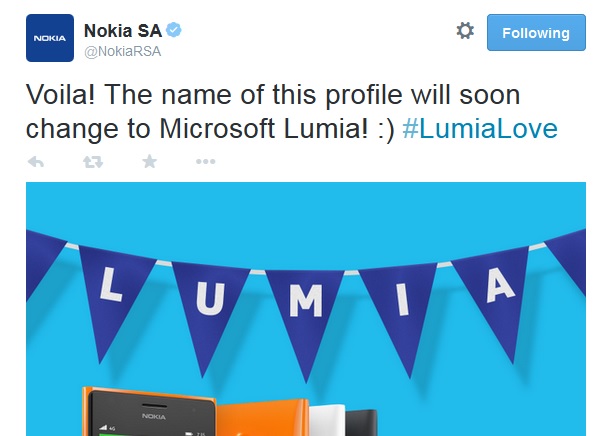 And the Nokia to Microsoft Lumia re-branding continues!!

https://www.facebook.com/MicrosoftLumiaIn?fref=ts  for Nokia India and so on..

But, the main Nokia Facebook handle doesn’t show the change in URL and seem like its Twitter counterpart, it will be back to Nokia soon. 17th November is not too far away, anyways.