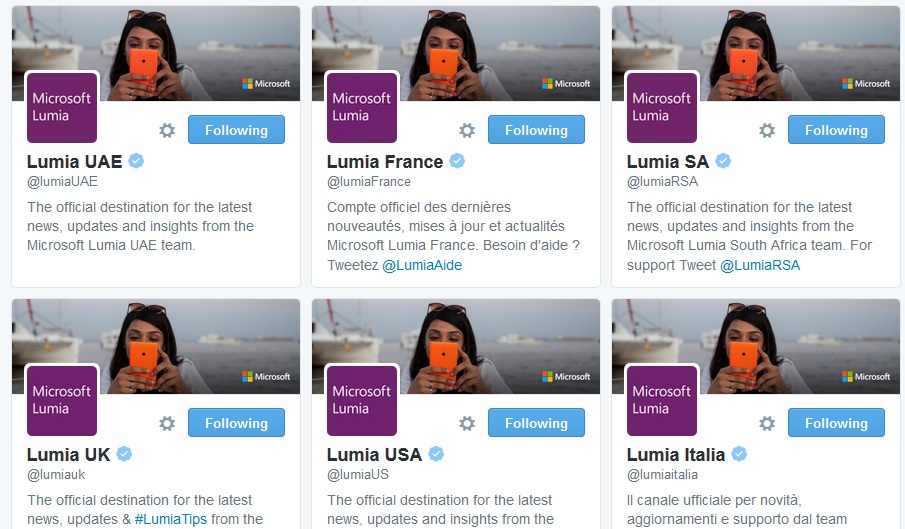 It is still November 6 and as you can see in the above screenshot all the major regional accounts like Nokia India, Nokia USA, Nokia UK and others have already changed their profile names to Lumia India, Lumia USA, Lumia UK and so on. It was supposed to happen on November 7, though as confirmed by Windows Phone Twitter account, which will become main “Microsoft Lumia” handle.

This is much better than expected and instead of Microsoft Lumia all the Nokia regional Twitter accounts have changed their names to “Lumia+region”. Microsoft Lumia is still present there but “Lumia” has got the focus here.