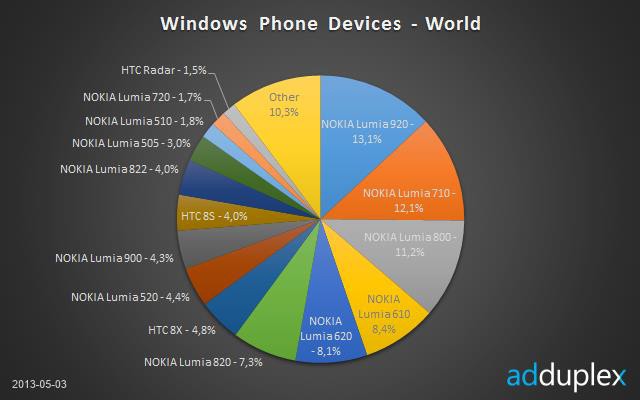 Adduplex’s latest data for the Month of April is out and we can see following devices posting % points increase in market share over Q4 (March),

Keep in mind this figure is very realistic as we have already,

Skew of 30% towards WP8 devices taken into account while doing calculations.

Also seems, two more high-end device with 1280×768 resolution are disclosed. One of them is earlier reported RM-910 and another one is RM-875. So we have now five high-end devices with WXGA resolution being tested by Nokia. Exciting times ahead :).

We will bring more of Adduplex report, when it is finally published on their blog tomorrow!!