Skip to content
You are here
Home > Latest Posts > #Nokia: #Here to be key revenue generator.Will supply maps to anyone without map asset & to power sites like #Facebook. 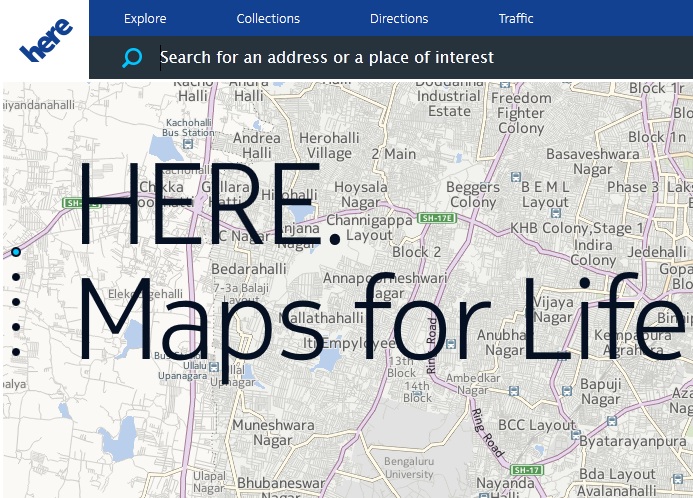 In a recent interview, Michael Halbherr, executive vice-president of HERE has said that Nokia will focus on its mapping arm Here as the key revenue generator going forward. Though, we know it will take sometime for mapping division to catch the profitable NSN but may be the new focus can actually help in monetizing the Nokia’s mapping prowess. On how Nokia plans to generate revenue from Here, some key points emerge. First Nokia is planning to provide Here to anyone without maps asset.

The company is looking to get its Here digital map service into more cellphones, more cars and more big companies that use the service to track products and people, Michael Halbherr, Nokia’s executive vice president for location and commerce for Here business, said in an interview.

“Our strategy is straight, most companies out there don’t have a map asset,” said Mr. Halbherr, who reports to Nokia Chairman Risto Siilasmaa. “We have become a neutral supplier to everybody who doesn’t have their own map asset.”

Also, Here Nearby and cloud integration will make Here reach to social networking sites like Facebook and generate revenue. Here Maps already powers most of the cars’ navigation system worldwide and even technology companies SAP and Oracle are its clients. It also provides Here maps to Amazon.com and Yahoo.

Nokia has partnered with approximately 50 colleges/universities across India for crowdsourcing on existing HERE Nearby maps. Nearby will generate revenue for Nokia via paid listings, deals coupons and brand coding. It has partnered with automakers worldwide as well to integrate HERE navigation systems into cars.

“HERE is also part of the advanced cloud platform, and will be used to power most major social media sites like Facebook, as well as other major enterprises like Amazon and Google,” said Halbherr.