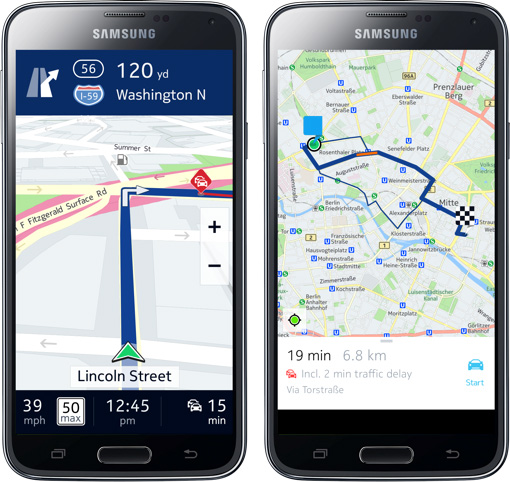 When Nokia announced HERE Maps Beta app with offline support exclusively for Galaxy smartphones, we asked you to expect HERE Maps eventually coming to other Android devices and even AOSP smartphones by end of the year.

Nokia has confirmed now that a HERE Maps app with offline support will come to not only all Android devices but to iOS devices too. WSJ reports that,

“I’m convinced people are looking for alternatives,” Here executive Sean Fernback said. “Google Maps is a good solution for many, their maps work very well, but it has looked the same and done the same for a long time.”

The HERE Maps app for Windows Phone already comes with full offline map downloading (Entire countries and continents) and use without internet connection, something which is still not possibly with Google Maps. With its arrival to iOS and all Android device by end of the year, it will give Google Maps a run for its money with the full offline support on all three major platforms.

One shouldn’t confuse the upcoming HERE Maps app for iOS, with the one removed by Nokia earlier. It will be a native fully-featured iOS app while the previous one was more of a half-baked web app. Secondly, Nokia is now independent in the sense that it doesn’t make phones anymore and hence will focus on all major or minor platforms.