Skip to content
You are here
Home > Latest Posts > News > Leaks / Grapevines > Nokia Carla, successor to Belle being tested for bugs on devices like E6,E7,701 :) 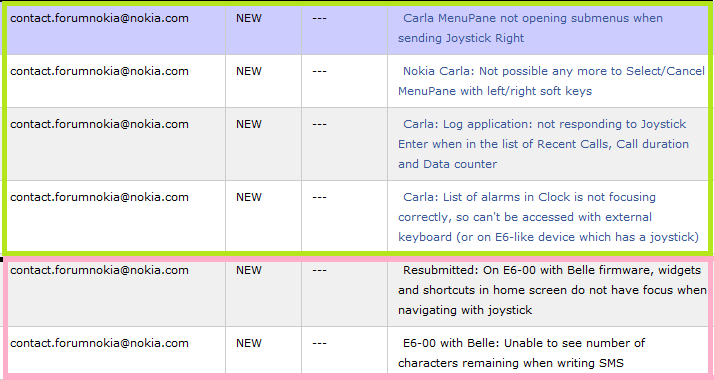 Check these screenshots from Nokia developers’ forum below. They confirm what we had heard through Grapevine earlier. Yes, It confirms that Symbian/Nokia Belle’s successor is Carla and is being tested on 1Ghz devices like 701 and also 680 Mhz devices like E6 and E7. It certainly instills hope that Anna devices like N8, C7, E7, E6, X7, C6-01, 500 are due for one more awesome upgrade after Belle.

“It seems as if Symbian is getting attention from Nokia once again. May be because of the fact that, not many Symbian users are willing to move to less customisable WP operating system.”

Going through further screenshots  gives us Carla firmware version no. to be, 112.010.0404 dated 03/01/2012, and it is being tested with 701. It also says that currently some bug exists for Carla with devices like E6 and E7 which have joystick, for which testing is being done.