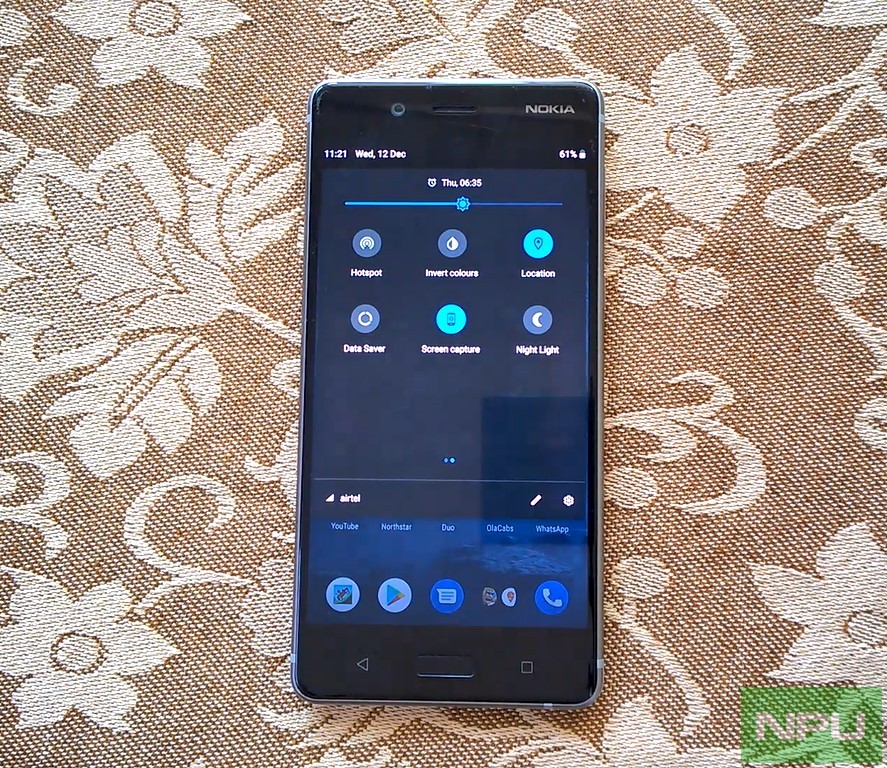 The first Android 9 Pie Beta update build for Nokia 8 is now available. Time now for our hands-on video of Nokia 8 running the Android 9 Pie Beta. In this video, we have demoed the major changes and features that Android 9 Pie brings to Nokia 8 and we have also shared our impressions of the update.

The Android 9 Pie Beta update brings the majority of Android 9 Pie changes and features to Nokia 8 barring a few. Gesture-based navigation option is missing as well as the Adaptive Battery and Digital Wellbeing features. Though there is a new feature that shows Time and date over the Brightness bar. It is not present of other Nokia smartphones running Pie.

The default search widget pinned to the bottom on other Nokia smartphones running Pie is also missing and it may be a god news because many wanted to get rid of it anyways.  Digital Wellbeing didn’t appear even after installing it using the APK.

On Nokia 8 the Android 9 Pie Beta update runs smoothly and is stable with no freezes/reboots so far for us. There are no deal-breaking bugs/issues. There is also no data loss post installation of the update, for those asking.

Battery life has been similar to what we have been getting with Oreo 8.1. In case you find issues/bugs please share in comments below.