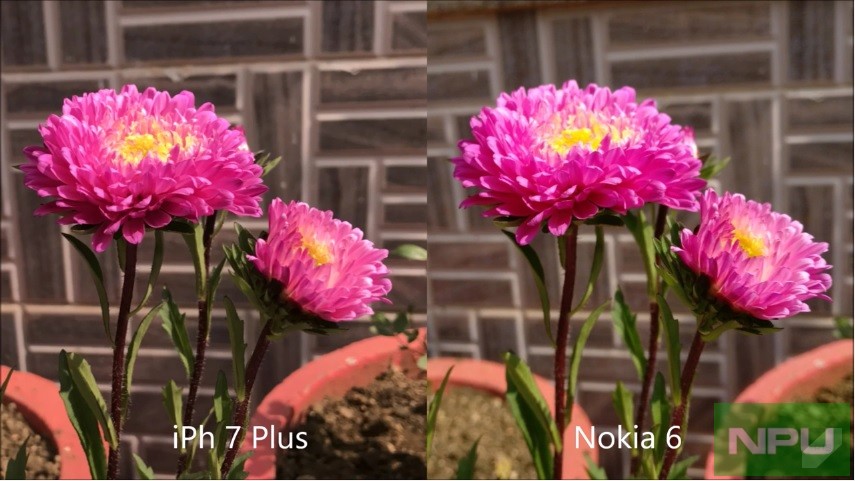 We last posted Nokia 6 camera tests against likes of OnePlus 3T and Huawei Mate 9 Pro. In both the tests Nokia 6 camera not only holds its own against the flagships but rather outsmarts them. Now, a YouTube channel has posted camera comparison of Nokia 6 vs Apple iPhone 7 Plus.

Again. you can say that comparison of a mid-ranger to a premium smartphone doesn’t make sense. But being the first Nokia Android from HMD the excitement around Nokia 6 is natural and on top of that the camera looks stellar, as other tests prove.

As is clear from the test vs iPhone 7 Plus, Nokia 6 again holds its own against the mighty competitor. In fact when it comes to front camera Nokia 6 seems to hold an edge over iPhone Plus. It is heartening to see Nokia 6 camera perform so well. That gives a glimpse into how good the cameras on Nokia Android Flagship will be.

Check the comparison video below. There is one more video that has some fresh camera samples from Nokia 6.