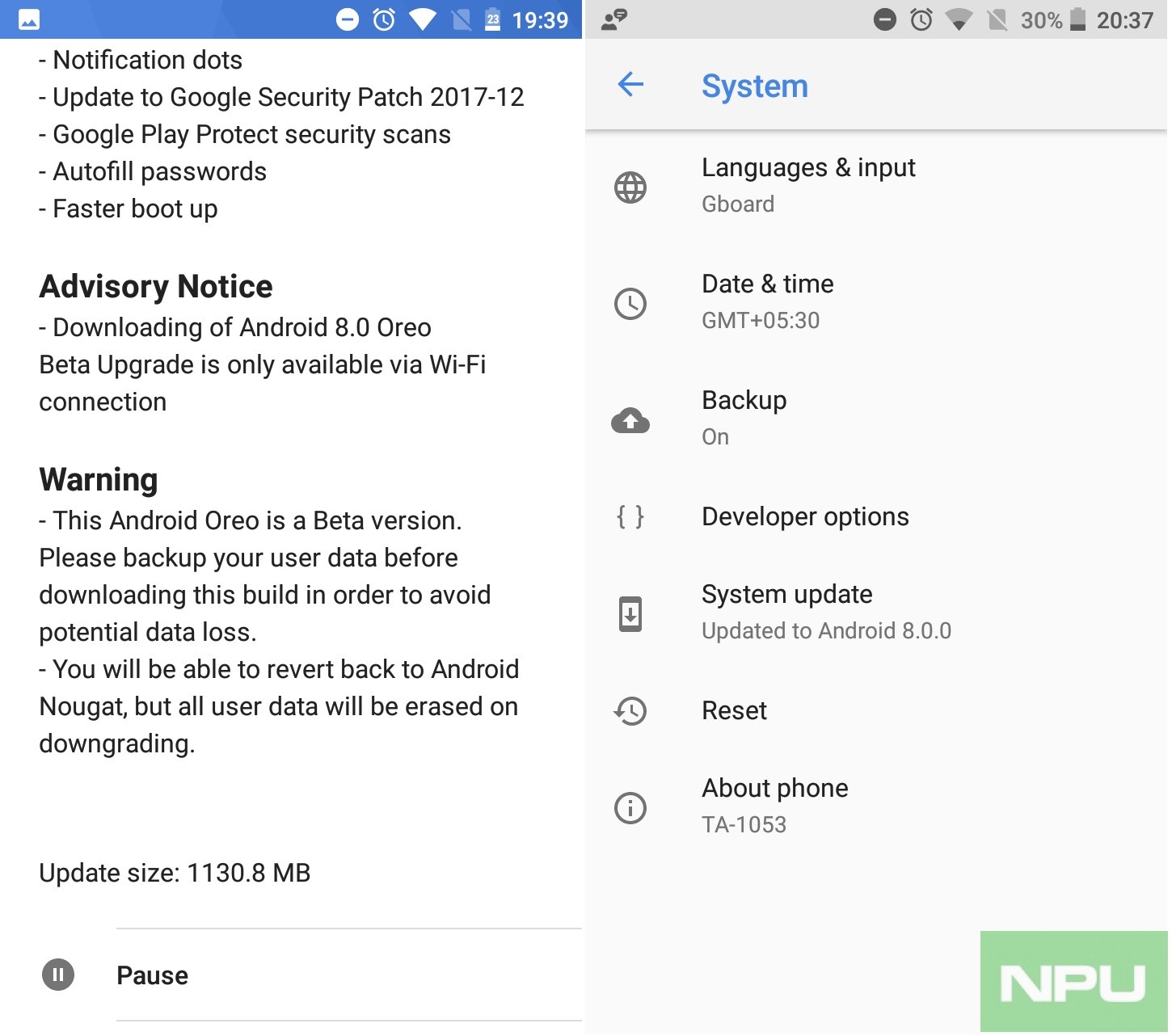 Android Oreo update for Nokia 5 is here in the form of Android Beta. The update not only brings all Android Oreo features and changes but it also brings December Security update along with itself. Many have asked about the Night light feature and the good news is that it is also available on Nokia 5 with the Android Oreo Beta.

Once you have registered at Nokia Beta Labs, entered details of your phone and requested the OTA you will get the Beta on your Nokia 5. Check our Nokia Oreo Beta update and roll back tutorial here. The update is about 1130.8 MB in size.

The Night light feature makes the display amber for making it suitable for using it in Night or low-lighting conditions. This feature is not even available on Nexus smartphones and thus it feels great to see it on Nokia 8 and now Nokia 5. You can either manually switch on/off this feature or schedule it to auto-activate/deactivate during a fixed time period. You can even control the intensity of Night light.