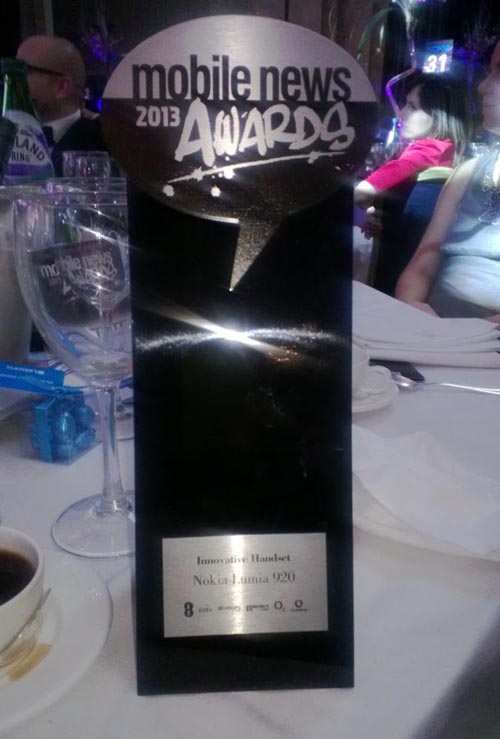 Great news coming from UK here!! Lumia 920 has won the Mobile News “Innovative Handset Award” 2013. The Mobile News Awards took place on the 14th March 2013 in UK. The ceremony was hosted by top comedian Dara O’Brain and took place at the London Hilton on Park Lane. Above is a photo of the award captured by Nokia UK.

In another important news, Microsoft has released latest version of WP7.8 Firmware with version number 7.10.8862.144. This is supposed to resolve “Live Tiles” issues faced by many Lumia WP7.5 users which updated to WP7.8 sometime back. So, just check your device for update notification.