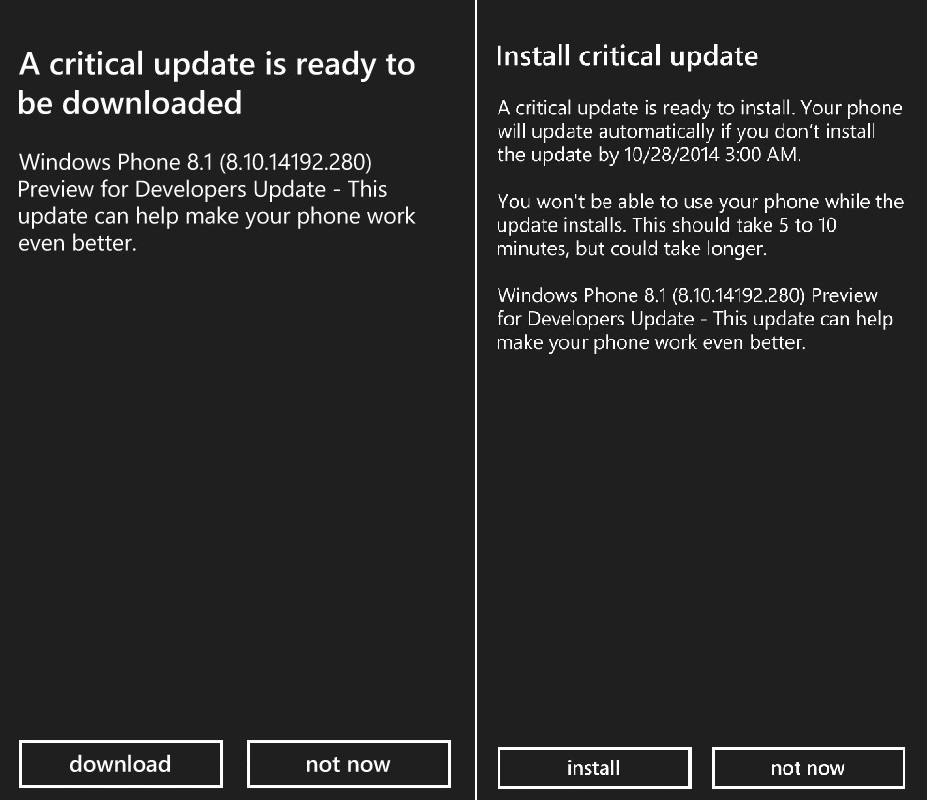 A new Preview for Developers update is rolling out and it takes the OS version to 8.10.14192.280. Now before you get too excited it is certainly not Windows Phone 8.1 update 2 aka GDR2 as we have caught possible GDR2 version earlier with advanced version no. 8.15.12375.0.

The update though is deemed as critical and your device will automatically update within 72 hrs of downloading the update, if you don’t do it. It actually looks like a precursor or preparatory update to something critical (GDR2, of course). Greg Sullivan from Microsoft has clarified that it actually tests “critical update” capability.

So, update your devices now and be ready. It is already October end and Microsoft should be pulling trigger on GDR2 anytime now.

We received a tip claiming Settings sorting, Mobile data toggle & Cortana for more markets. This still needs to be confirmed with our sources, so take it with a pinch of salt. However, we can confirm Cortana coming to more European markets and the Alpha Cortana in India, Australia and Canada coming out of Beta.

We have earlier reported that GDR2 may bring support for 2K resolution display and Snapdragon 805 processor. However, now it seems the broader hardware support may or mayn’t arrive with GDR2. Microsoft may have it now planned for Windows Phone 9, which comes to developers preview devices in  early 2015.