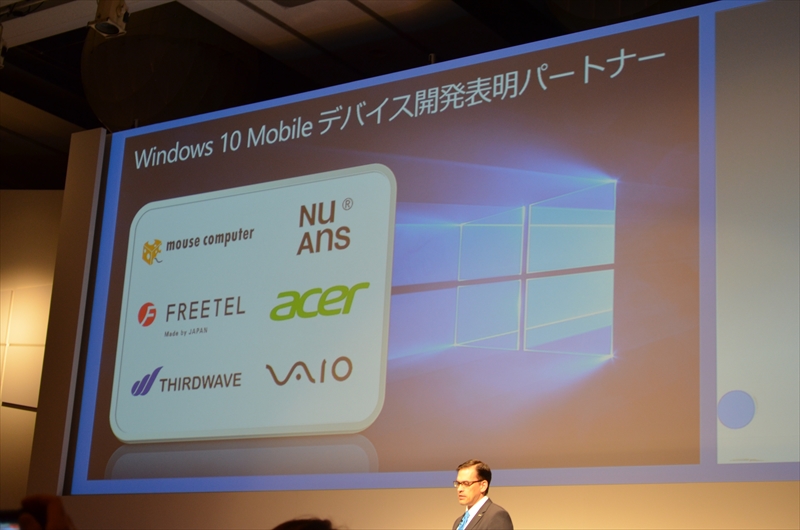 Vaio is preparing to launch their new smartphone which runs Windows 10 Mobile OS. The company is going to prepare for an event on February 4 and we hope this event is exclusively for the new Windows 10 Mobile device. Vaio already mentioned about their plan for a new Windows phone in October 2015. So they were working hard to bring a good candidate, so it will not be a simple device , we can expect something great in terms of  specs or features.

Till now there is no leak about the device so we don’t have any news about specifications or features , but stay tuned with us, we will report every bit of news about that device. But if you take a look at the above image which shows 3 OEMs in the Windows 10 Mobile slide. We have already seen devices from NuAns and Acer . The only OEM which is pending is Vaio & also shown in the list.

So many OEMs launched their Windows 10 Mobile devices till now and we reported some other companies are working on their new device.