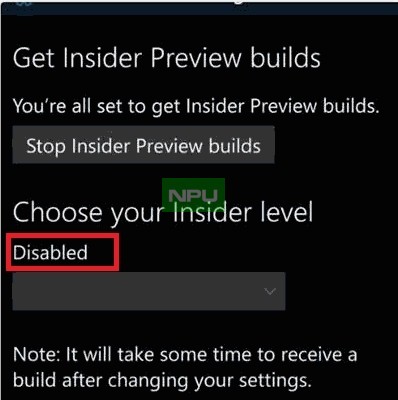 The insiders which are on build 14342.1004 have been reporting that the insider app in settings menu are not allowing them to switch rings. The option is disabled and greyed out.

After seeing several reports on this issue, Microsoft has now finally confirmed the issue. And also promised that the fix is one the way. The issue is from server side and will not resolved by releasing a new build with Hot Fix, confirmed by Microsoft.

We are aware of this issue and are actively addressing it. This is a service-side change that will be necessary and no action is required on your part.

Important Notes:
– We will not release any flights until this is corrected.
– A fix is expected within the next few days, so no new builds over the weekend. This isn’t surprising, right? I can count on zero fingers how many Saturday or Sunday builds we’ve released to Insiders. And… we have Monday off as well. 🙂
– No action should be required on your part.
– We will make the necessary changes and when complete, affected users should be back on their original ring (WIP Fast)
– This only affects users on Mobile build 14342.1004 (which was released only to WIP Fast)

So Microsoft is not going to release any build in upcoming days unless and until they fix this issue. Hope so Microsoft will fix this issue ASAP, so that insiders can take the test of the new build ASAP.