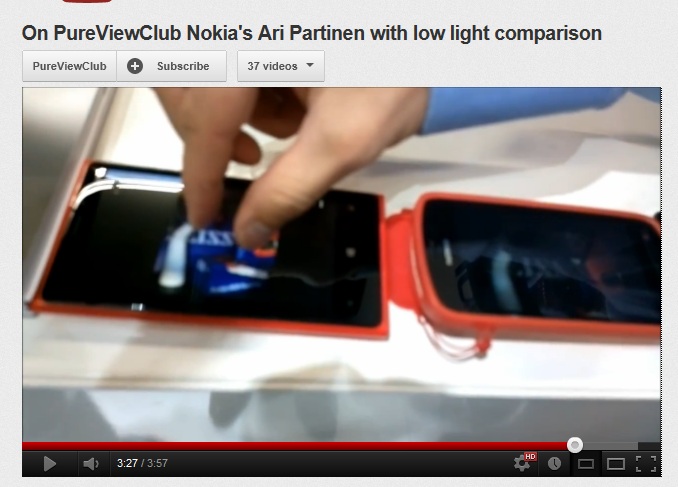 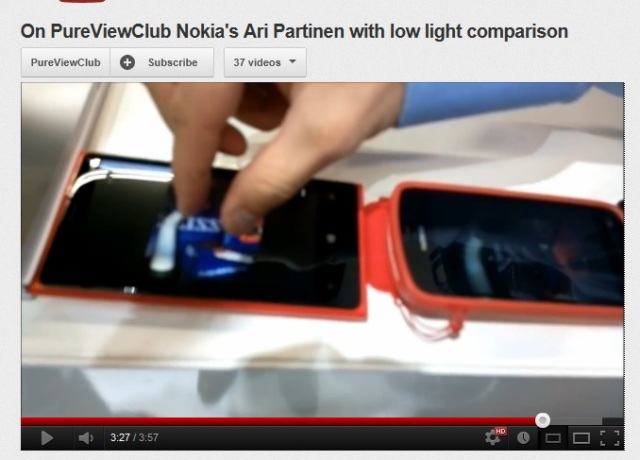 A new video has been posted by PureView Club demoing low-light/ “Try out shooting in the dark” challenge between Lumia 920, 808 PureView, iPhone 4S and SGS III. This  video has been  captured at the Photokina event and the person conducting the shootout is “Ari Partinen” from Nokia.

All the smartphones were used in full auto mode without flash and the video capture of the whole comparison is very clear (So no doubting Thomases !!) . The iPhone 4S and SGS III are hardly able to capture anything. 808 PureView obviously captures better image than these two due to larger sensor, but it is Lumia 920 which steals the show. It captures significantly more illuminated image from the same dark room.

Are you interested in knowing, how Lumia 920 is able to perform so well in low-light conditions, read our earlier article explaining the PureView phase 2 on Lumia 920.