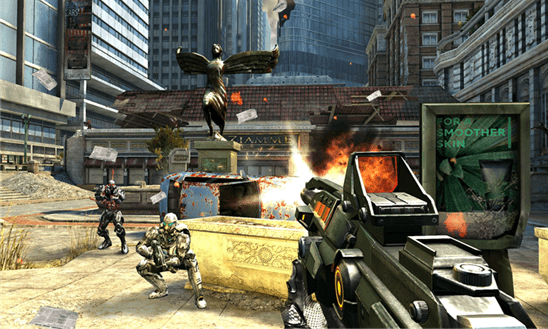 [embedit snippet=”google_468″]
N.O.V.A 3, a popular action-adventure game developed by Gameloft is now available in the WP store as a Nokia Lumia Exclusive. Adding to the list of heavy games, the game package is sized at 1017 MB, so make sure you have ample free space in your phone and enough data allowance. The game priced at $6.99, which is equal to its Android version.

An epic storyline: Humanity finally returns to Earth after years of exile! Fight in 10 immersive levels across the galaxy, from a war-torn Earth to a frozen Volterite city.

To download, scan the following QR code below or head over to the WP Store Link. You can also consider downloading the XAP on your PC and then transferring to the phone.