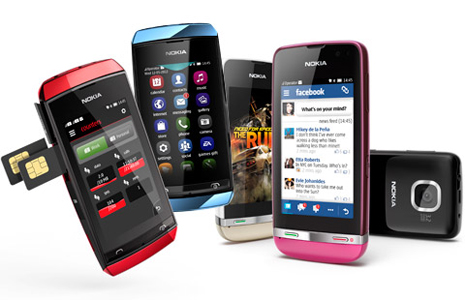 We brought to you the news of one of the largest retailer in India “Univercell” confirming that Asha 305 and 311 are getting fantastic traction in India.

Sathish Babu, who owns famous handset retailer Univercell with about 500 outlets said in an interview,” The 305 and 311 are seeing “fantastic traction” among customers”. He further added, “The new Nokia phones are doing very well, “The more stock that comes in the more my sales go up and it’s even cannibalizing into other brands. With the touch screen, the balance is tilting toward Nokia now.” Babu also added that today’s younger shoppers demand slimmer phones with vibrant colors and full touch screens.

Anil Somaya, owner of Pune-based mobile phone retailer Digital World, told us, “We are selling twice as many Asha 305 and Asha 311s compared to all entry level Android phones.”

An executive at a Nokia Priority store at a leading market place in Delhi said, “The demand is so good, we run out of stock of Asha 305 everyday.”

The basic-phone division is also winning over first-time users who may stick with Nokia when upgrading to a more expensive device.

There seems to be good news for Lumia phones as well,

While at least in the Indian market Nokia can look at success even for its smartphone division, Yogesh Pujara, owner of Rajkot based mobile retailer Pujara Telecom, said, We are still selling Lumia phones in good numbers. Specially Nokia Lumia 610 and 710 are selling well. Even Lumia 800 was selling in good numbers. However, sales have gone down with the announcement of Windows Phone 8, and we expect that they will pick up when WP8 based phones are introduced.”

This is heartening to learn that Asha Featurephones have provided true Asha (hope) for Nokia. In fact, there are out doing low-range  Android smartphones which are similarly priced.

Nokia needs to bring some good hardware on table with WP8 Lumia and we certainly see game changing :).