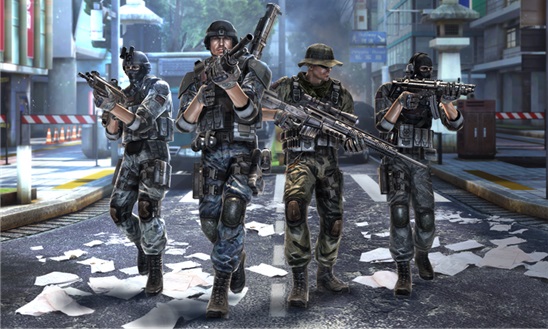 One of the very popular action games, Modern combat 5: Blackout has seen an update. The update seems to bring lots of new features and changes, if the versions notes seen in the store are of latest version (no way to know, as update date is not listed in new store).

Hit the deck! A barrage of new features is heading right for Modern Combat 5 in this exciting new update.

SUPPORT CLASS REPORTING FOR DUTY! -Heal allies -Let your teammates respawn on the spot they died

MULTIPLAYER BONANZA – Dominate enemies on two beloved Modern Combat maps: Scramble and Overtime. – Vote for the next map you want to battle on. – Get revenge in Squad Battles by asking for a rematch. – Climb the Solo and Squad multiplayer leagues.