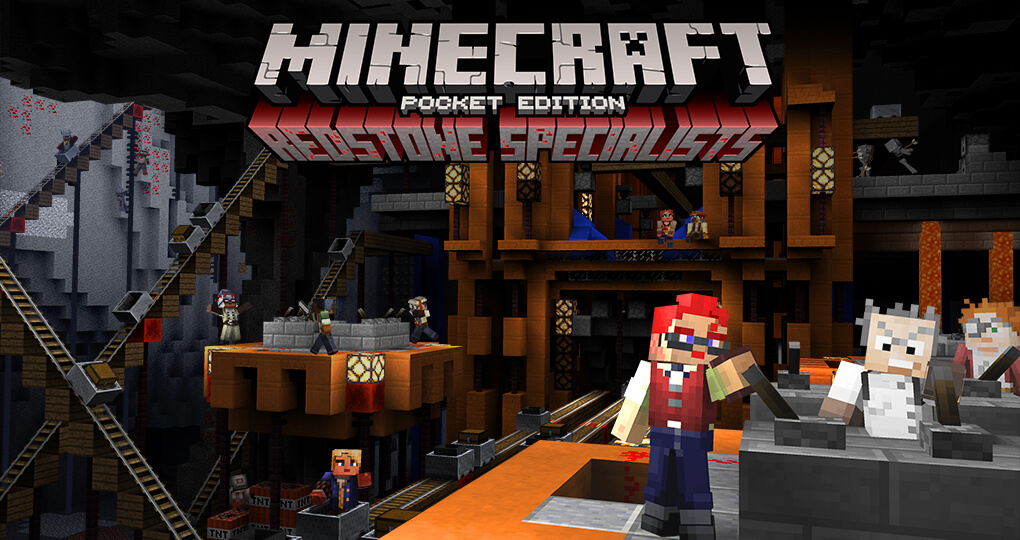 The important thing in this version is that new skin pack. It looks very much awesome and gives a new look to the game. Interestingly these skins are redstone special skins.  In addition to that the developing team also introduced live stream service. You’ll be able to catch the livestream on their YouTube and Twitch channels. If you are watching that streaming then you will see the Minecraft developers Tommo, Daniel, Shoghi and Jason competing on a tricky Redstone puzzle map, made with today’s update.