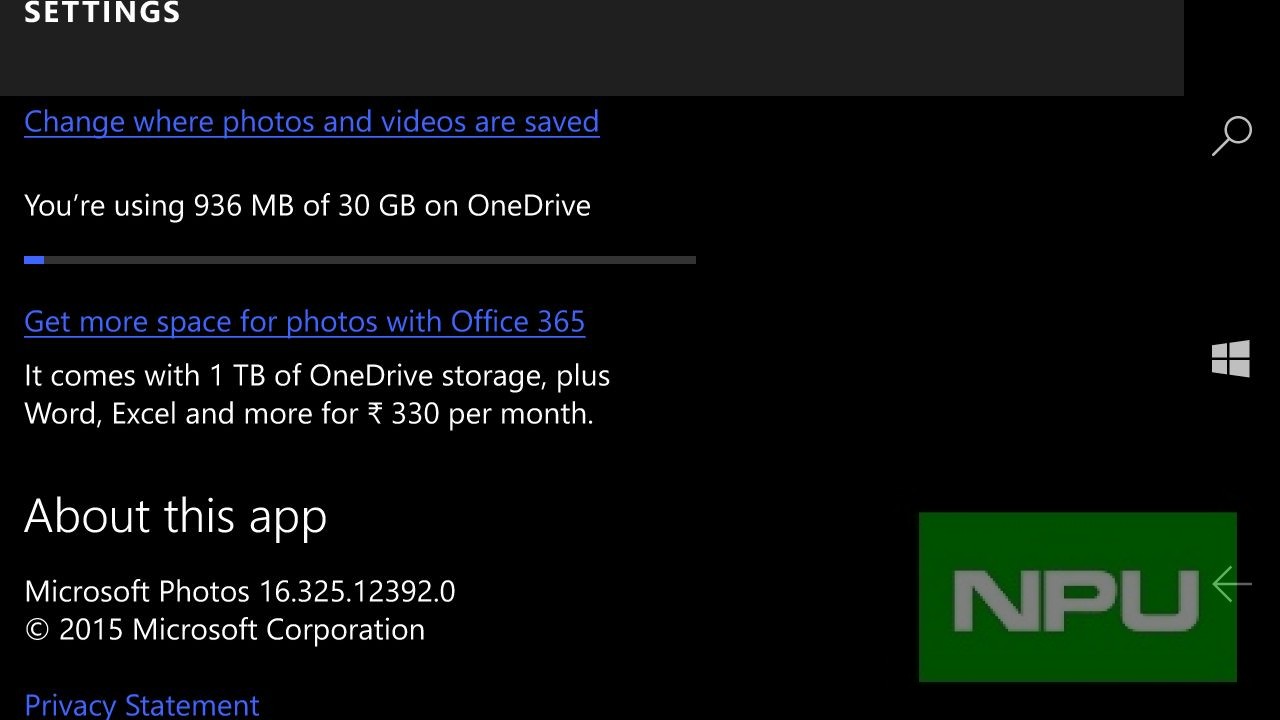 Microsoft has started following other companies like Google, Samsung and other in using its operating system for displaying ads. While we heard some news about the Office Ads getting displayed in Action Center and on Lock-Screen on Windows 10, we hadn’t seen anything like this happening in Windows 10 Mobile yet. But, now Microsoft is using the native in-built apps to softly display advertisements of its products like “Office 365”.

The ad placement is intelligent with “Office 365” ad appearing in settings of native Photos App just below where it is shown how much OneDrive storage is consumed by photos. Check the screenshot above.

This looks like a non-intrusive kind of ad-strategy adopted by Microsoft after the display ads shown in Windows 10 came under severe criticism from Tech Media and some users.