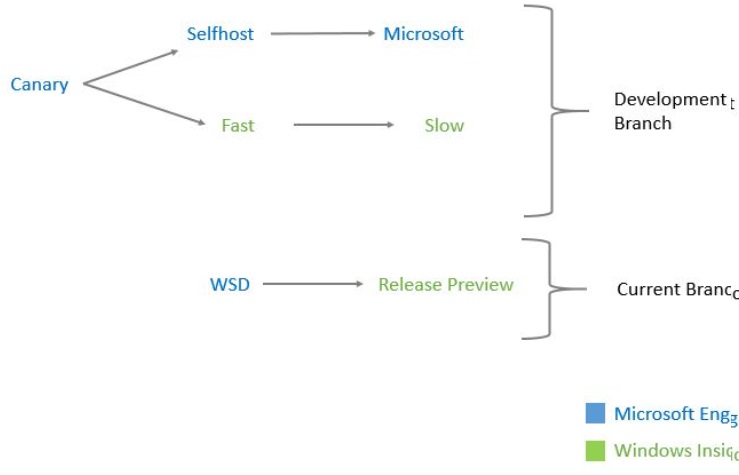 Microsoft has made some changes to Windows Insiders’ update Rings probably just before going for the “Faster Windows 10 Build push onslaught”. A new  “Release Preview ” has been introduced that resembles a bit to the purpose of earlier “Developer Preview” program. This will make the life easier for those wanting to take minimal risk and disruption and still want to use upcoming stable Windows 10 Builds.

This is how the three rings are defined for the sake of your level of risk-taking ability.

If you got to Insider Hub and check the article about “Inside WDG”, you will note how Fast the “Fast Ring” is going to become in future and how it may mean more issues even some issues that can block “Key Activities” of your device. As they say “no risk no gain”!! But it is better to get the hang of things to come beforehand.

In the past, we often would hold builds from Windows Insiders when there were issues that we thought could block a subset of users from using common features or applications. Going forward, Windows Insiders with devices in the Fast ring should be prepared for more issues that may block key activities that are important to you or may require significant workarounds. Because we are also validating a build on a smaller set of devices before going to Fast, there is also a chance that some features may work on some devices but may fail in other device configurations. Windows Insiders should be ready to reinstall Windows using the Media Creation Tool or Windows Device Recovery Tool when you are significantly blocked (after reporting the issue to us in the Windows Feedback app or the Windows Insider forums, of course! 🙂 ). The benefit of being in Fast is that you will be able to use and provide feedback on new and improved features first!