Skip to content
You are here
Home > Latest Posts > Apps / Games > Microsoft Confirms FM Radio App Removal From Mobile OS. Asks to Upvote To Get It In Store 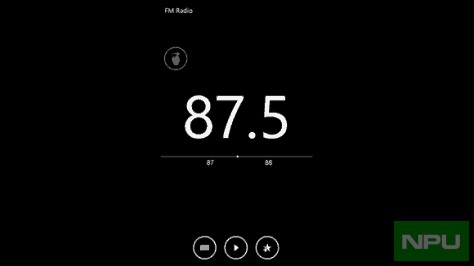 Microsoft today officially confirmed that they have removed the official built in FM radio app from latest builds Windows 10 Mobile and it will no longer exist in upcoming builds. The Program Manager on the Windows Insider Engineering team at Microsoft has confirmed this on twitter.

@gradea_rudolf @brandonleblanc FM Radio has been removed from dev branch builds and is being cut. May use third party radio apps from store

The users which are on Windows 10 Mobile build 14332 noticed that they don’t have the built in FM radio app. Its not clear why Microsoft has make this unwanted move for Windows 10 Mobile. But it seems Microsoft is open to bring it back to Store and has asked Insiders to upvote it in Feedback app. Link to Feedback Hub Request.

BTW you can download third party FM radio apps from store to enjoy local or internet radios. There are number of FM radio apps in store. You may try following radio app.