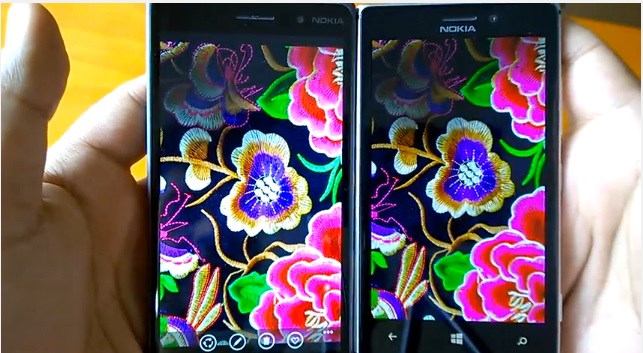 As wished by many, we have been comparing Lumia 830 to Lumia 925 in terms of camera, performance etc and you can catch our earlier coverage by clicking on below links,

Now, in this video, we compare displays of Lumia 830 and Lumia 925. While both have excellent displays, Lumia 830 has a LCD while Lumia 925 has OLED display. With help of Nokia’s CBD tech, both displays exhibit deep Black levels and great outdoor readability. But OLED displays are usually known for punchy and saturated colors liked by many, while LCD displays are known for truer yet colder colors again liked by many, who like to read eBooks on smartphones.

Though, due to Nokia’s tech like CBD and color enhancements, Lumia 920 and Lumia 1520 displays are widely accepted as one of the best smartphone displays ever. So, how is Lumia 830 display compared to Lumia 925 display. Let’s find out.