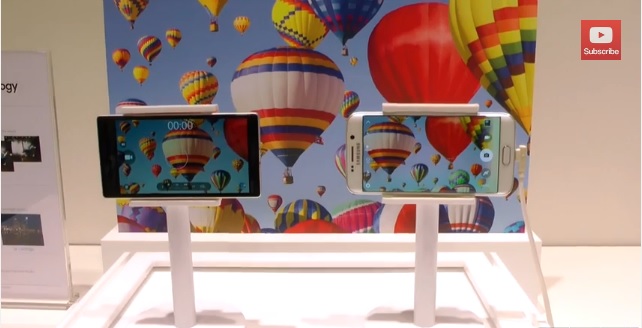 Samsung has just launched two of its latest flagships Samsung Galaxy S6 and Samsung Galaxy S6 Edge, both with cutting-edge hardware and camera tech. Now, Nokia (Microsoft mobile) hardly gets the credit it deserves for introducing most of the camera innovations to smartphone, gladly copied by Samsung, Apples and likes. Anyways, coming directly to the story, cameras on Samsung’s flagships pack OIS, something Nokia first introduced with Lumia 920 to a smartphone.

Samsung conducted OIS shootout challenge during MWC 2015 challenging every other device owner to beat OIS on Samsung Galaxy S6 and Edge. So, while Galaxy S6 Edge bested likes of iPhone 6 in OIS test, it got beaten at its own game by the reigning Lumia Flagship Lumia 930. Check the video posted  on YouTube, that compares the OIS on Lumia 930 and Samsung Galaxy S6 Edge.