Skip to content
You are here
Home > Latest Posts > Lumia 920T demand report. Still one of the top sellers or outselling other Flagships at China Mobile online stores !! 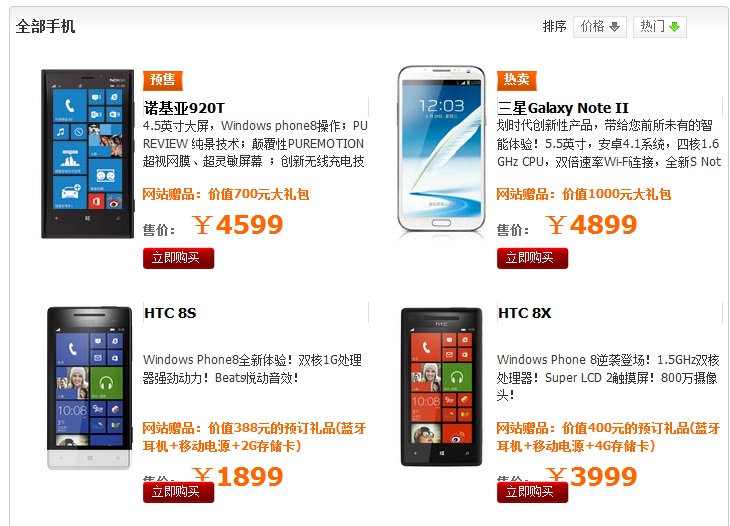 Yesterday, we brought a report on Lumia 920 and 820’s sales performance across three major retailers in China. Today, it is turn of another Lumia Flagship in China, the Lumia 920T. So, how is this China Mobile exclusive doing across various China Mobile online stores?

Coming to ShanDong store, Lumia 920T is the second top-selling smartphone after iPhone 5. It is outselling other Flagships though !!

At Beijing store, Lumia 920T is the Top selling device as shown in the screenshot above clearly beating all other Flagship devices from Samsung and others.

The above screenshot is from Shanghai store, where after sorting the items list by sales, “Yellow and Red Lumia 920” is just behind one color model of Galaxy Note II amongst flagships, beating every other Android Flagship smartphones and ahead of other color models of Galaxy Note II.