It is really good to see two Nokia flagships in China, Lumia 920 and Lumia 920T outselling all other flagships at major retailer Tesco Suning. Yellow Lumia 920T holds the top sales rank followed by Black Lumia 920T. At no. 3 and 4 there are no other competitor devices but another Lumia Flagship the Lumia 920 in White and Cyan.

Nokia has certainly made a favour to themselves by keeping both Lumia 920 and 920T in stock. 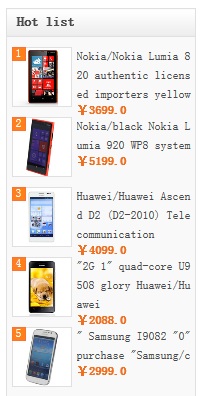