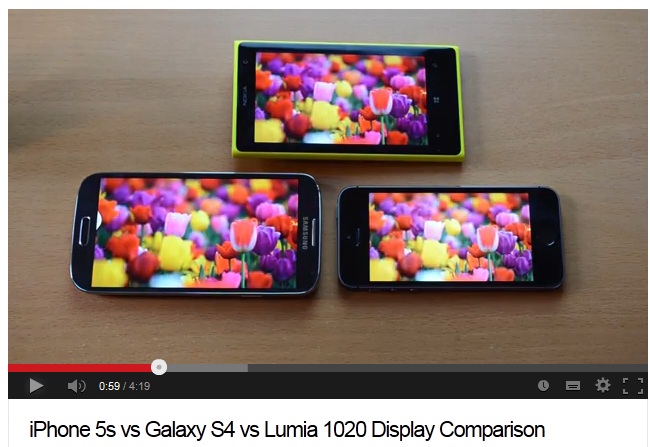 Anyways, while SGS4 display packs more pixels, it was hard to notice any advantage of it over Lumia 1020’s display in the comparison video. In fact as seen in above screenshot at times Lumia 1020’s display looked best of three with much better contrast. Reviewer has also not taken into account the 60 Hz refresh rate of Lumia 1020 display. Anyways iPhone 5S display looks bland in comparison of the two. Loudspeaker wise Lumia 1020 is loudest indeed.