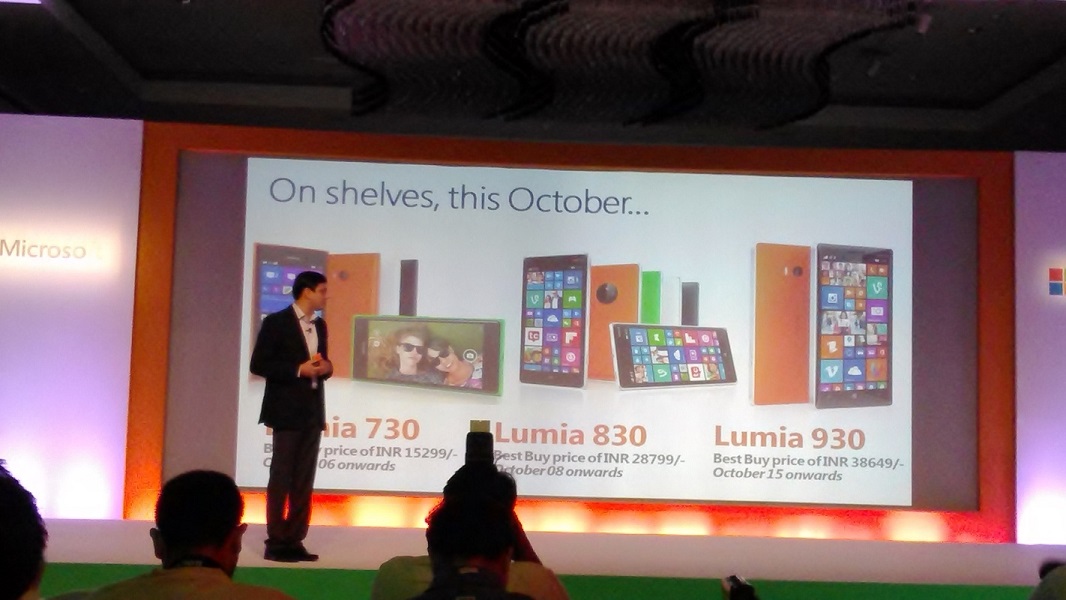 As you can feel Lumia 730 and Lumia 830 will share the limelight but we have the info that Lumia 930 will also be announced too.

All three will hit stores in just matter of days. Let them announce first.

The Miracast Dongle HD-10 has also been launched at an MRP of Rs 5999. It will be available in second half of October.