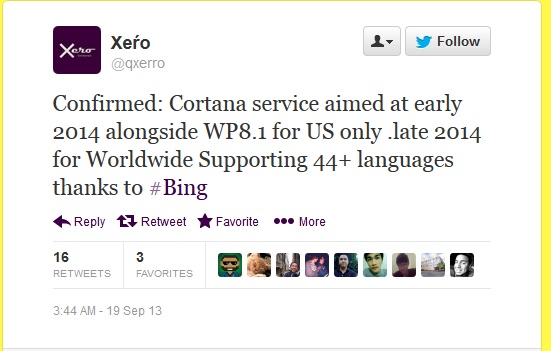 A bit of flip-flop from the leakster Qxerro here. Earlier he claimed“Cortana” in GDR3 apps list but now says, it is planned for an early 2014 release along with WP8.1. What seems really awful, is the claim that it will come to other markets in late 2014. It is hard to validate such claims, but they are either all wrong or right!!

While we will suggest to take it with a pinch of salt, but if it is true and MS keeps its pathetic important features delivery schedule like this, forget about overtaking other two major OSes. MS will kill whatever good work Nokia has managed till now in form of delivering complimentary features like YouTube uploader, SmartCam, ProCam etc. and will under-deliver itself.