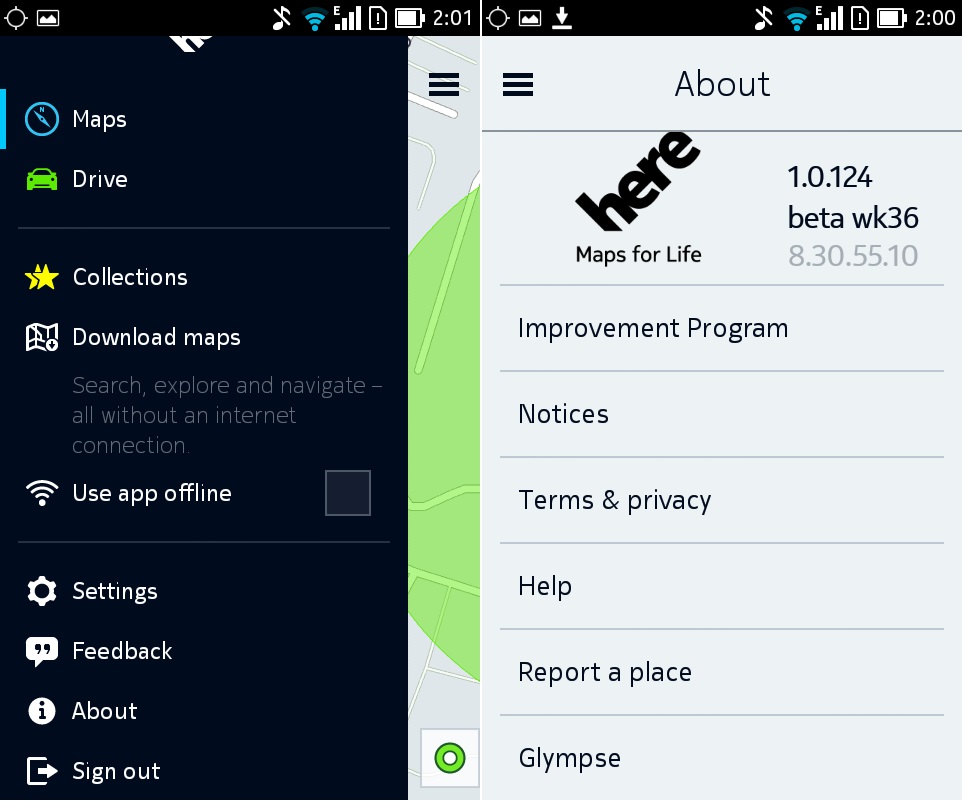 We just reported about HERE Beta apk for Android (Samsung Galaxy) smartphones leaking out. You can click on the link, given in the post to download the apk file.

Some reports claimed it worked on non-Samsung hardware too. So, I put it to test and tried to install it on Nokia X2 by downloading and tapping on the apk file. It didn’t work initially, but then I noticed that on opening it talks about updating the app. So, it was clear that the existing HERE app on Nokia X2 needed to be removed first. After uninstalling the HERE app, the leaked HERE Beta got installed like a charm.

Anyways below are some screenshots of the HERE Beta for Android and we will upload hands-on video soon. The download of offline maps work fine and you can use maps offline, two outstanding features of HERE Maps and Drive. You can also store offline maps on MicroSD card.